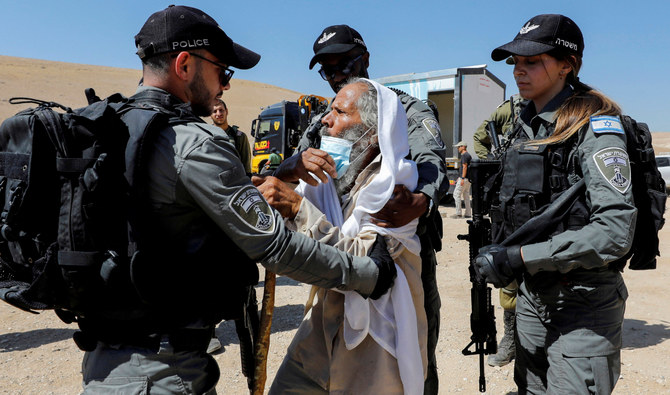 HEBRON, 18 Jan 2022 [Fik/News Sources]: A Palestinian tried to stab an Israeli soldier in the occupied West Bank on Monday and was shot dead by him, the army said.

In a separate incident, the Palestinian Health Ministry said an elderly Palestinian died of injuries received nearly two weeks ago when he was hit by a vehicle in Israeli police service.

Violence has simmered in the West Bank, among territories Palestinians seek for a state, since US-backed peace talks with Israel stalled in 2014.

Video circulated on social media, and apparently taken by a motorist, showed a man lying on the road at the Gush Etzion junction in the West Bank, knife in hand, as three soldiers approached with rifles trained on him. A military spokesman said a man had emerged from a car and tried to stab a soldier, who shot him dead, and that the vehicle had fled the scene.

Another Israeli military official identified the dead man as a Palestinian from an outlying village.

In the nearby city of Hebron, the Health Ministry announced the death of 75-year-old Suleiman Al-Hathalin, a veteran protester against Israel’s West Bank settlements.

He had been standing in front of a tow truck that had been sent to his village of Um El-Kheir to confiscate unlicensed cars on Jan 5, a relative, Hazem Al-Hathalin, said.

He said that Suleiman Al-Hathalin was struck deliberately by the truck, which “ran him over with its front and back wheels” before driving away.

In a statement quoted by Israel’s Haaretz newspaper on Jan. 14, police said Palestinians had thrown stones at the truck and police forces that had accompanied it, making it impossible for them to stop and help a man who had climbed on the vehicle and fallen.

Villagers said vehicles which police had sought to tow away were bought from Israelis at low cost after they failed to pass annual roadworthiness inspections in Israel.