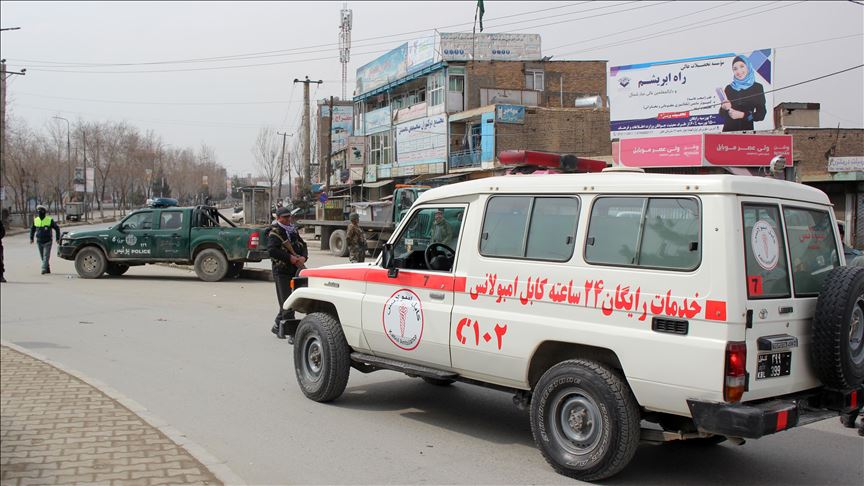 KABUL, 07 March 2020 [Fik/News Sources]: The death toll from Friday's attack in the Afghan capital Kabul surged to over 30 as terrorist group Daesh claimed responsibility for the bloodbath, an official confirmed on Saturday.

Desperation and resentment gripped the capital's western Dasht-e-Barchi neighborhood a day after the anniversary of the death of a local Shiite leader was sprayed with bullets, sowing death and shockwaves of horror.

The country's Interior Ministry on Saturday revised the death toll to 32, with over 60 civilian victims with bullet wounds fighting for life at various public hospitals. Ministry spokesman Nusrat Rahimi told Anadolu Agency that two attackers used a building under construction to launch the attack before they were killed in a shootout.

On social media, Daesh terrorists group took responsibility for the attack, saying two of its militants had carried it out.

The Taliban had denied any involvement in the immediate wake of the assault, which Afghan President Mohammed Ashraf Ghani called an "inhumane attack against the national unity."

In a phone conversation, the leader inquired about the well-being of his bitter electoral rival Abdullah.

The attack came after the U.S. and Taliban reached a landmark peace deal aimed at ending violence in the war-torn country.

In 2019, a ceremony marking the anniversary of the death of Abdul Ali Mazari – the slain leader of the country's Shia Hazara community allegedly killed by the Taliban in 1995 – was also attacked in similar fashion, leaving 11 people killed. Daesh claimed that attack as well.