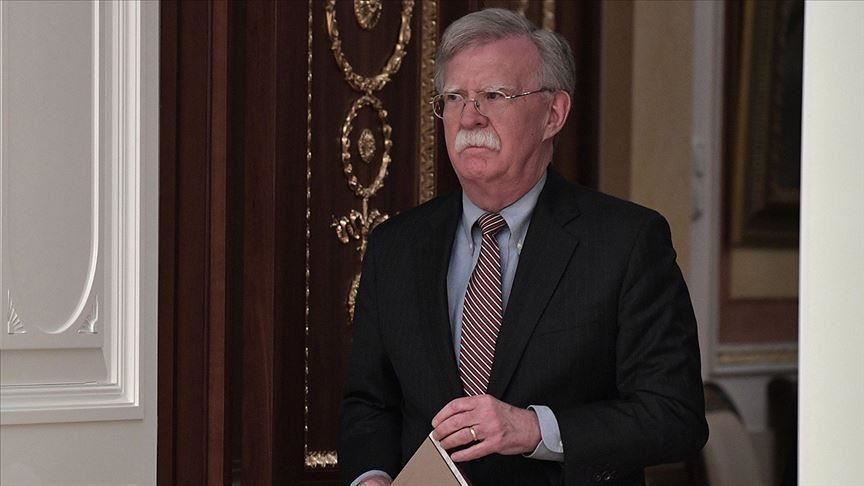 Trump did not indicate who he is considering to replace Bolton, but said on Twitter that he asked him for his resignation Monday night, a timeline quickly disputed by the ousted top aide.

"I disagreed strongly with many of his suggestions, as did others in the Administration, and therefore I asked John for his resignation, which was given to me this morning," Trump said. "I thank John very much for his service. I will be naming a new National Security Advisor next week."

Bolton later issued a tweet of his own saying he offered to resign Monday night, "and President Trump said, 'Let's talk about it tomorrow'." That is starkly different from the president's account in which he said he requested the resignation.

Bolton was appointed in April 2018, and is Trump's longest-serving top national security aide.

The White House's announcement of the briefing came just one hour before Trump announced Bolton's ouster. It is uncertain if he will still take part, or if that briefing will take place as scheduled.

Bolton has long advocated for a hawkish approach to foreign policy at odds with the president's isolationist penchants.

That has put him at loggerheads with Trump on a bevy of issues, including Venezuela, talks with North Korea, the U.S. withdrawal from Syria, and canceled peace talks with the Taliban that Trump had planned to take place at the presidential retreat at Camp David before he called off the meeting.

The White House acknowledged the splits between Trump and his senior advisor with spokesman Hogan Gidley telling reporters that Bolton's "priorities and policies just don’t line up with the president.”

"There is no one issue here," he said, "they just didn’t align on many issues.”

Charlie Kupperman, Bolton's deputy, will serve as his acting replacement until Trump names a formal successor, according to the White House.

Pompeo, who often found himself at odds with Bolton, defended Trump's account of Bolton's departure, saying the president "should have people he trusts and values."