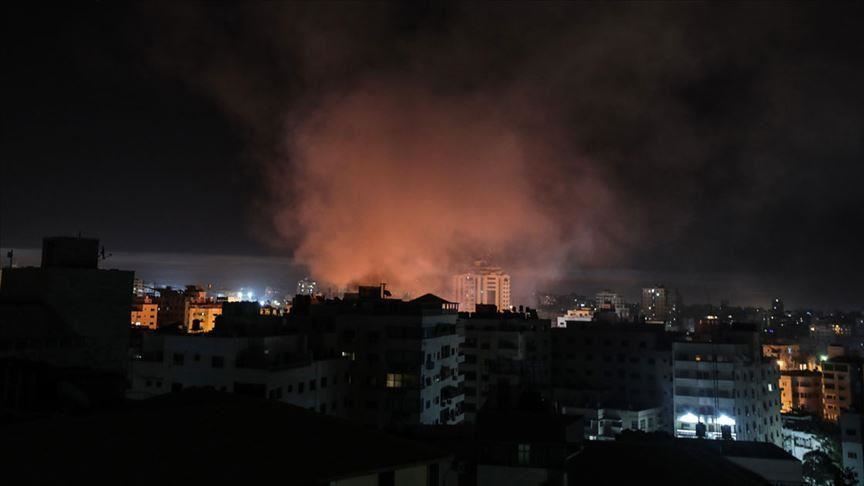 GAZA, 11 Sep 2019 [Fik/News Sources]: Israeli military dawn on Wednesday conducted air raids in 15 different locations across the Gaza Strip, according to the military.

According to Anadolu Agency correspondents in Gaza, the attacks mainly took place in middle and north of the Gaza Strip.

No injuries were reported according to the Palestinian Ministry of Health. Yet, the attacks caused heavy damages in the areas.

"The attack was carried out in response to rocket fire launched from the Gaza Strip into Israeli territory earlier this night," Avichay Adraee an Israeli army spokesman tweeted.

Earlier on Tuesday, the Israeli army said it intercepted two rockets fired from Gaza towards Israel. The rockets forced Israeli premier Benjamin Netanyahu to end his electoral speech in Ashdod.