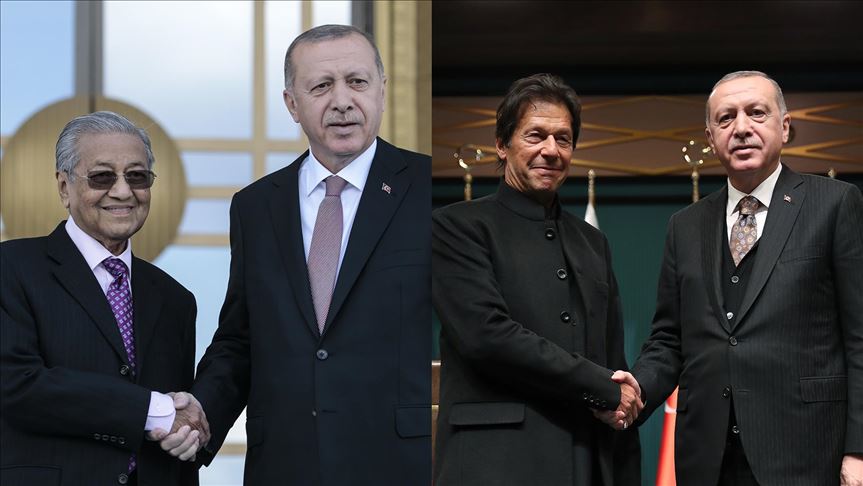 "The Islamic world needs a renaissance," said Huseyin Bagci, an expert in International relations at the Middle East Technical University in Ankara.

The Malaysian premier arrived in the Turkish capital Ankara on Wednesday evening to kick off his four-day official visit.

Corroborating words of Turkish President Recep Tayyip Erdogan that solidarity among Turkey, Malaysia and Pakistan “is necessary for the unity of the Islamic world”, Mahathir told reporters at a joint news conference Thursday that it is crucial to relieve the Muslim Ummah from being subjugated by others.

"That is why I proposed that three Muslim countries should work together. At least these three [Turkey, Malaysia and Pakistan]. So that we can speak with a louder voice in terms of many areas; defense, for example,” the Malaysian premier said.

“People relatively feel free,” he said, adding: “[However], there is stagnation in Islamic world… there can be kingdoms like in the U.K. but governments come and go which is not the case in most of the Muslim world.”

He noted that Turkey, Malaysia and Pakistan stand out from the Arab world.

“It is interesting that why Prime Minister Mahathir did not mention any Arab country,” Bagci said, referring to their dismal track record in upholding human rights.

Notably, Turkey, Pakistan and Malaysia are among the founders of the Muslim-majority D-8 group that seeks to establish strategic relations, increased trade, and more cooperation among its members. However, the group is yet to realize its potential.

On the apparent failure of D-8, Bagci blamed “too much divisions, corruption and stagnation in Islamic world”.

“The new mechanism which Mahathir has suggested can bring together even Afghanistan and central Asian states,” he said.

Professor Sami A. Al-Arian, director of Istanbul-based Center for Islam and Global Affairs, described the ongoing visit as “historic”.

“This visit by Prime Minister Mahathir to Turkey to meet President Erdogan is historic, as the two leaders have been repeatedly and frequently democratically elected by their people,” Al-Arian said.

He said that these leaders have demonstrated over the years "political stability and economic dynamism”.

According to Al-Arian, Mahathir's visit comes at a time when the economic and political challenges faced by the two governments are “enormous in light of the looming global economic uncertainty as well as the geopolitical shifts across the Middle East because of the U.S. trade war with China, and other regional problems”.

“The U.S. sanctions against Iran and the latest tension with Turkey with regard to the S-400 air defense system, have resulted in having other regional powers, such as Turkey and Malaysia, to come closer together to restructure their relations in order to stand up to the pressure being applied against their economy and security,” he added.