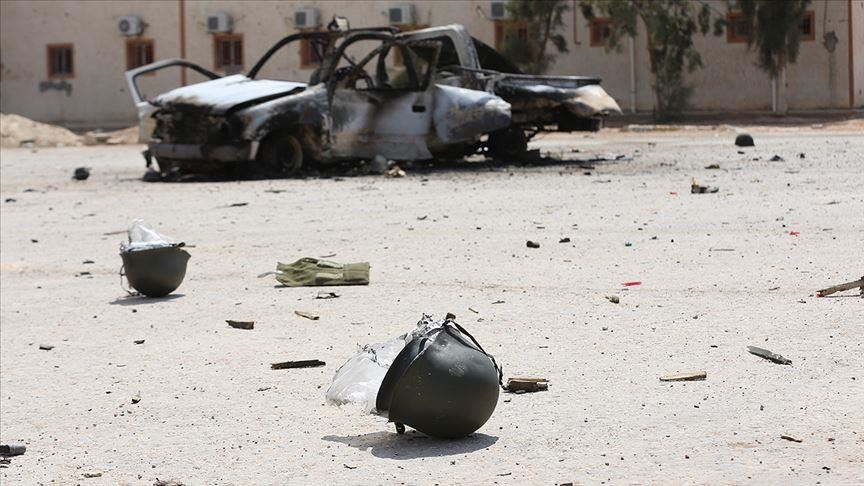 The airstrikes targeted positions around the Valley of Spring and the old airport, Mustafa Al-Majai, a spokesman of the GNA's military operation against Haftar, told Anadolu Agency.

He said the airstrikes destroyed scores of military vehicles.

In April 4, Haftar announced the launch of a campaign to capture Tripoli, which faced a counter-operation by the GNA forces.

Libya has remained beset by turmoil since 2011 when a NATO-backed uprising led to the ouster and death of long-serving President Muammar Gaddafi after more than four decades in power.

Since then, the country’s stark political divisions have yielded two rival seats of power -- one in Tobruk led by Haftar, and the UN-recognized one in Tripoli -- and a host of heavily armed militia groups.