Turkey continues to be stronghold of people in need 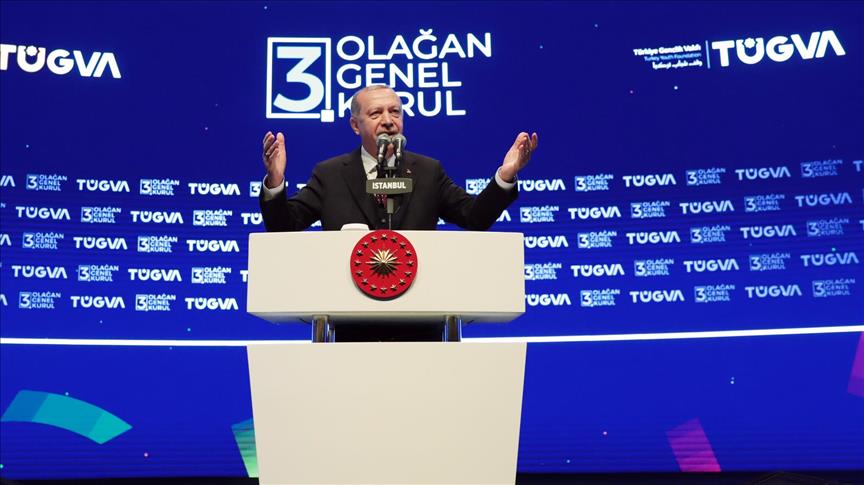 ISTANBUL, 23 Dec 2018 [Fik/News Sources]: President Recep Tayyip Erdogan on Saturday said that Turkey continues to be the stronghold of people in need.
Speaking at the ordinary general assembly meeting of Turkey Youth Foundation (TUGVA) in Istanbul, Erdogan said that people in need the world over and within the country turn their “hearts and faces to Turkey” for help.
“While the world’s richest countries treat refugees almost as a plague, we shared our table with millions,” Erdogan said.
“No matter where in the world, we have always taken the right side,” he added.
Turkey has always stood with the oppressed and innocent marking a place in the "hearts and minds", he said.
Turkey hosts more than 3.5 million Syrian refugees, more than any other country in the world.
The country has spent more than $32 billion from its own national resources for helping and sheltering Syrians since the beginning of the Syrian civil war.
Syria has only just begun to emerge from a devastating conflict that began in 2011 when the Assad regime cracked down on demonstrators with unexpected ferocity.
In addition to Syrians, Turkey hosts about 1 million people from different nations.