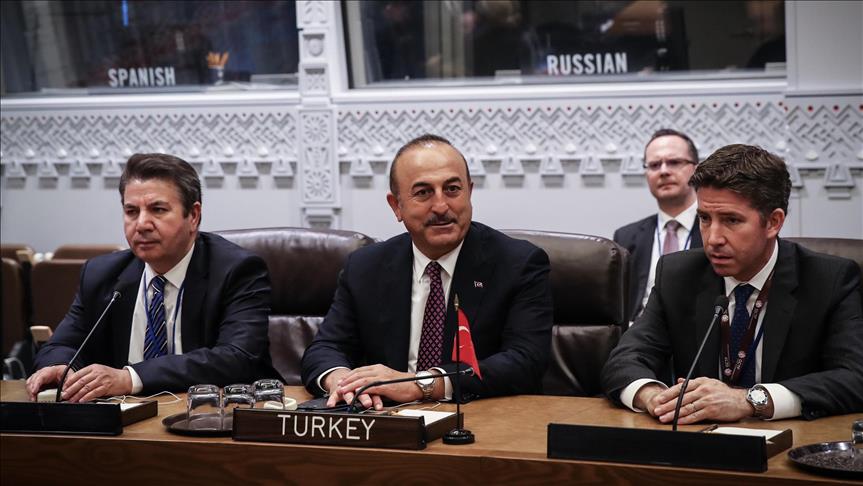 WASHINGTON, 27 Sep 2018 [Fik/News Sources]: An agreement between Turkey and Russia to avert a regime assault on Idlib province is a "last chance" for a political solution in Syria, Turkey’s foreign minister said Wednesday.

"We should not miss this opportunity," said Mevlut Cavusoglu, speaking to Anadolu Agency in New York after a meeting with Russian Foreign Minister Sergei Lavrov and his Iranian counterpart Mohammad Javad Zarif at UN headquarters.

Cavusoglu said peace and stability should be restored in war-torn Syria through a political process.

He said the deal between Turkey and Russia should be used to accelerate the political process by uniting Bashar al-Assad regime and opposition forces.

"The most important step we can take in the upcoming period is the establishment of a constitutional committee," he said.

"Today, we shared our views regarding the immediate establishment of the constitutional committee."

He said Turkey's priority was to accelerate the political process and urged continued joint efforts with Russia and Iran.

Turkey and Russia also signed a memorandum of understanding at the meeting calling for the "stabilization" of Idlib's de-escalation zone, in which acts of aggression are expressly prohibited.

Under the pact, opposition groups in Idlib will remain in areas where they are already present while Russia and Turkey will carry out joint patrols in the area to ward off renewed fighting.