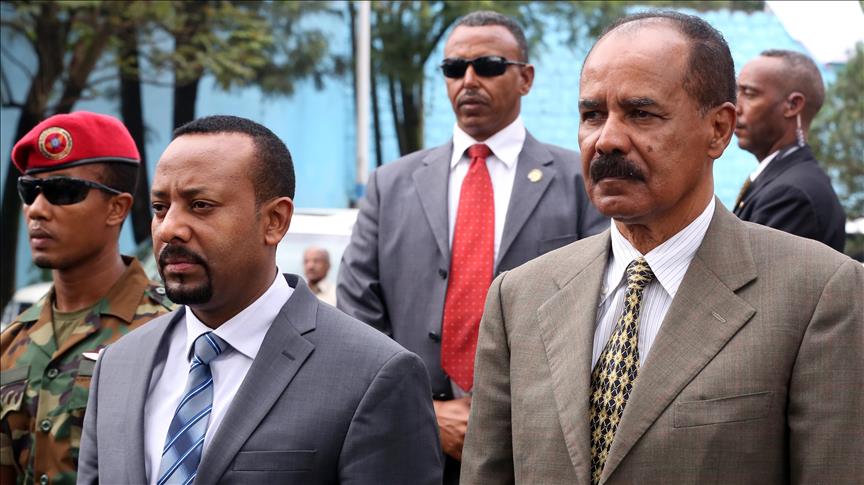 ADDIS ABABA, 06 Sep 2018 [Fik/News Sources]: Ethiopia on Thursday reopened its embassy in the Eritrean capital Asmara after a 20-year hiatus.

The reopening was attended by Ethiopian Prime Minister Abiy Ahmed, Eritrea’s President Isaias Afeworki and senior officials of both countries.

Ethiopia in July named Redwan Hussein as its ambassador in Eritrea.

Eritrea opened its embassy in Addis Ababa in mid-July.

The two countries have broken out of a two-decade tension in a dramatic turn of events after Ahmed extended an olive branch to the Eritrean president in his inaugural speech in April.

The two leaders met in July vowing to revamp relations.

Eritrea seceded from Ethiopia in 1993.