Statue politics flares up as Karnataka gets closer to Assembly polls 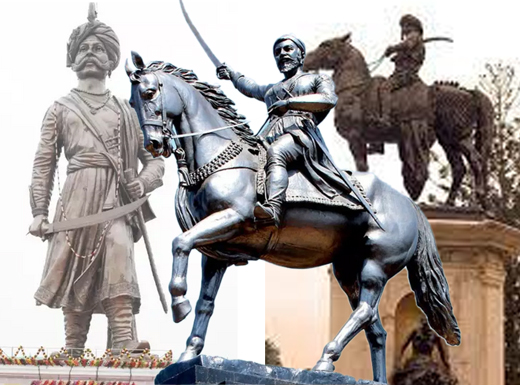 Mangaluru, 04 Dec 2022 [Fik/News Sources]: As Karnataka inches closer to Assembly elections in 2023, the politics over statues is hotting up.

First, the opposition parties took objection to the installation of a statue of Bengaluru founder Nadaprabhu Kempe Gowda. Later, the focus shifted to the announcement of putting up a statue of Mysuru ruler Tipu Sultan and now, opposition to a statue of Maratha king Chhatrapati Shivaji Maharaj in Mangaluru has raised a storm.

It started with the installation of a 108-feet tall statue of the architect of Bengaluru, Nadaprabhu Kempe Gowda by the ruling BJP. The Opposition charged that the BJP installed the statue to make inroads into the Vokkaliga vote bank, which plays a crucial role in south Karnataka.

After Prime Minister Narendra Modi unveiled the statue, the Congress was quick to object that the statue was built with public money at a time when the people of the state are facing a crisis.

Congress MLA from Narasimharaja constituency in Mysuru and minority leader Tanveer Sait stirred a controversy by announcing the errection of a 100-feet tall statue of Tipu Sultan.

Many progressive thinkers and writers slammed Tanveer Sait for making such an announcement. However, the announcement led to a debate in the state and it had taken a communal turn.

Tanveer Sait stated that “Though construction of statues is not allowed according to Islam, the need for such a symbol is required in the present situation where the BJP and the Sangh Parivar are carrying out continuous propaganda to defame the ruler who fought the British and was martyred for the country.”

BJP leaders and Hindu organizations said that they will never allow the statue of Tipu Sultan to be errected in Karnataka.

At a time when the war of words over the statue of Tipu Sultan seemed to be dying down, a fresh row errupted over installing Chhatrapati Shivaji Maharaj’s statue in the communally sensitive Mangaluru.

Congress members in Mangaluru City Corporation raised objections to the proposal mooted by the Chhatrapati Shivaji Maratha Association. Congress leader in the corporation Naveen D’Souza slammed the BJP at a time when Maharashtra and political outfit MES are trying to rake up the border issue with Karnataka.

The Congress is claiming that Mahaveer Circle, where the statue is proposed to be put up, has a shrine dedicated to Tulunadu’s twin warriors Koti-Chennaya-Sri Brahma Baidarkala Garadi Kshetra.

The party is demanding the installation of a statue of Koti-Chennaya, a local hero. The statue issue has become a subject of discussion in the state.