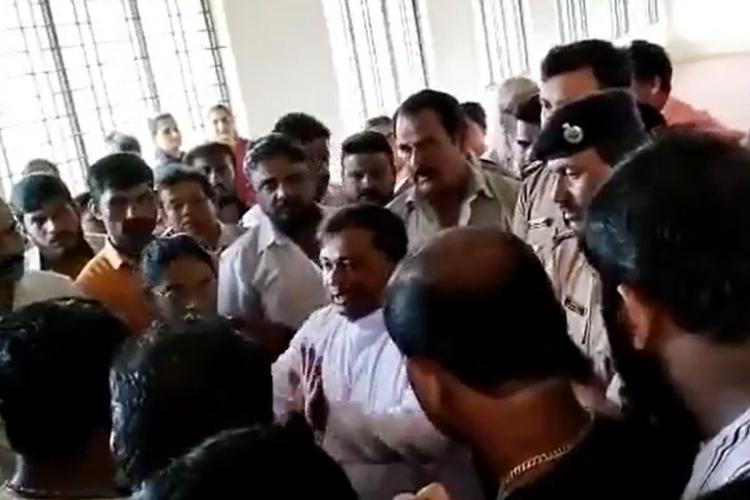 Mangaluru, 13 Aug 2022 [Fik/News Sources]: A row broke out in a Christian missionary school in Mangaluru on Friday after school officials allegedly forced students to remove bands tied on students' wrists on account of Raksha Bandhan.

Following the incident, some parents of the students along with a few Hindutva group members stormed the Infant Mary English Medium High School at Katipalla on Friday questioning the action. The police too reached the school to pacify the situation.

Angry parents sought to know what was the harm in allowing 'Raksha Bandhan' when the school had no objection with 'Friendship Day'. They also contended that the teacher asked students to throw rakhis in the dustbin.

The head of the institution Vandaneeya Santosh Lobo told the parents that he was not aware of the development, while adding that he has always welcomed 'Raksha Bandhan' as it is a good tradition.

"Without bringing to my notice, an incident happened. At 9 pm (on Thursday), a police officer came and told me that one such incident had happened. I was surprised because we are a harmonious society and we do not tolerate hurting the religious sentiments of other faiths, and we should not encourage it," Lobo said.

He added that the teacher was acting on a complaint of few students forcefully tying rakhis in the class.

Lobo told the parents and activists that Raksha Bandhan can be celebrated in his institution and no one can object to it. "I will call those children and tell them that there is no problem in tying rakhi," he said.