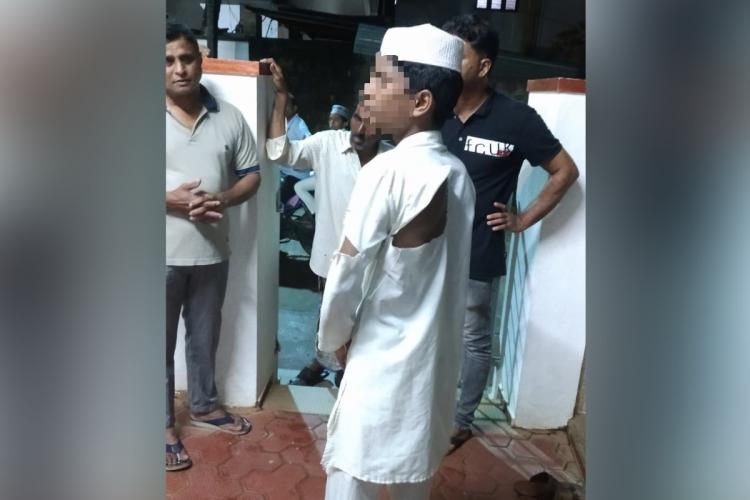 Mangaluru, 29 June 2022 [Fik/News Sources]: A 13-year-old Muslim boy was attacked by two miscreants at 9.15 pm on Monday, June 27 in Mangaluru's Krishnapura area. The boy was headed home from his madrasa which was around 300 metres away from his residence when two masked attackers suddenly stopped and attacked him. Visuals of the boy after the attack show that his clothes were torn during the attack, and he has sustained minor injuries in the incident. It was not immediately clear why the boy was attacked.

“We’re not sure what happened exactly, we are in shock,” said the 13-year-old’s mother. “From what we heard two people came on a bike and began attacking him. The attackers didn’t make any noise or speak anything but my son started screaming because of which they ran away. Luckily, he only got a few scratches because my son began defending himself after the initial attack.”

Muneer Katipalla, a local politician from the Communist Party of India (Marxist) and a relative of the family said that the attackers had covered their faces with masks. Due to this and because they did not speak anything, it was hard for them to figure out if the attackers were anyone known to them. A complaint was registered with the Suratkal Police Station by the boy’s parents.

Owing to the non-cognizable nature of the offence, ACP Mahesh Kumar has said that an FIR has not been registered yet. However, the police have approached the court to seek permission to register the case.

“We have consulted lawyers about this and they also confirmed that the court’s permission is needed to file an FIR. We’re very positive that we’ll receive the permission,” CPI(M) leader Muneer said. “We are not just demanding that an FIR be filed but that a strict investigation be carried out. If we let it go, incidents like these will only increase.”