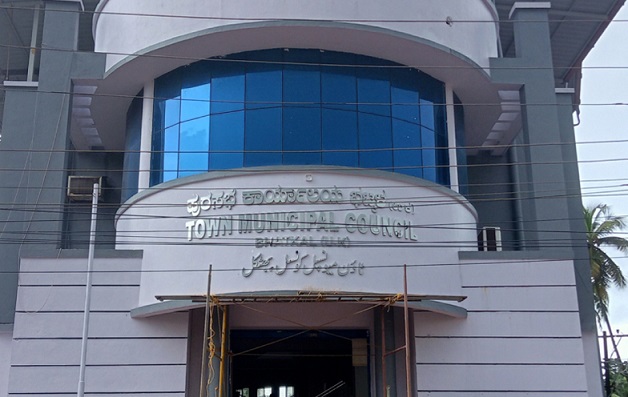 They argue that if regional languages must be represented on the board, then Konkani, Marathi and Nawayathi should also be included because speakers of all the three languages reside in the district as well.

Police prevented the pro-Kannada activists who gathered to protest outside the Bhatkal Municipal Corporation from barging into the office.

Shrikant Nail, a pro-Kannada activist said, "Everyone knows Kannada in Bhatkal, there is no need to use Urdu in the board. If people speaking Konkani, Marathi and Tamil also start demanding that their language be used in the board then it won’t be feasible. This is being done to create a divide among people who speak different languages. We are requesting them to immediately remove these boards."

Meanwhile, Misbah-ul-haq, a member of Bhatkal Taluk Jali Pattan Panchayat defended the decision to install Urdu boards and said, "Kannada must be given first preference in Karnataka. You can see the board; Kannada has been used on top. In the guise of Pro-Kannada outfits, they are trying to create clashes. Why can’t you put up with Urdu? Is it another country’s language?"