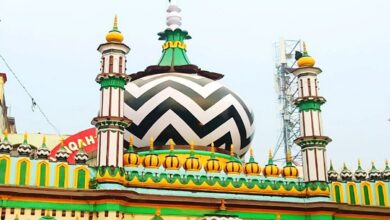 New Delhi, 29 June 2022 [Fik/News Sources]:  The Ala Hazrat Dargah in Bareilly has now joined other Muslim organisations in condemning the violent incident in Udaipur where a tailor was slain for supporting BJP leader Nupur Sharma’s statement on the Prophet.

In a statement issued on Wednesday, Maulana Shahabuddin Razvi said that Tuesday’s incident had made the entire community bow its head with shame and remorse.

He said that the Prophet had never uttered a word against those who criticised him or even against his enemies.

“He always asked his followers not to even think of revenge against those who opposed him. Beheading someone is certainly not what Islam propagates. Islam does not believe in the sword-it believes in love and harmony,” he said.

The cleric said that it was amply clear that the accused in the Udaipur incident did not believe in what Islam propagated.

“I feel an inquiry should be held against them and stern punishment should be given to them under the law for attempting to disturb the peace and harmony in the country and using violence,” he said.

He also called upon Muslims to make conscious efforts to lessen the severity of the incident with their behaviour and inform the concerned authorities immediately if anyone tries to use Islam to create disharmony.— IANS