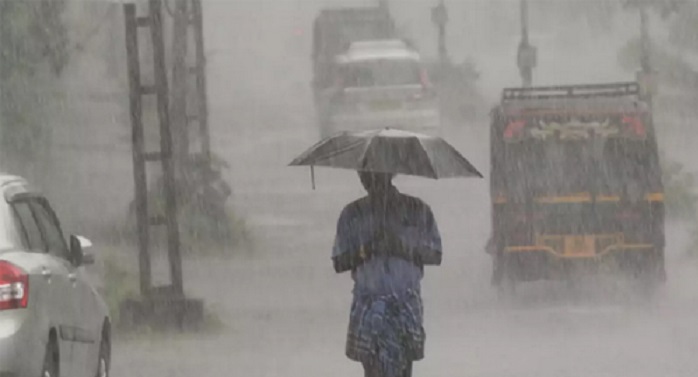 Bengaluru, 28 June 2022 [Fik/News Sources]: Heavy showers are set to lash areas across Karnataka till Thursday, June 30, with Bengaluru likely to see rains in the evenings, the India Meteorological Department (IMD) said. In light of this, the weather watchdog has issued a yellow warning in coastal districts including Uttara Kannada, Dakshina Kannada and Udupi for Wednesday, June 29. For the following day, Thursday, an orange warning has been issued for these districts and a yellow warning for surrounding districts including Belagavi, Gadag, Dharwad, Haveri, Shivamogga, Chikmagalur, Hassan and Kodagu. In its national bulletin, the IMD has issued a yellow warning for the whole of Karnataka for June 29 and 30.

In its bulletin, the IMD said that Bengaluru is likely to see cloudy skies, along with thunderstorms and lightning in the evenings. Maximum and minimum temperatures are likely to be around 28°C and 20°C respectively. The coastal and hilly regions of Karnataka have been receiving rain since the past four days. The meteorological department has predicted that the coastal districts of Karnataka would receive maximum rainfall during this monsoon season.

Earlier in June, heavy rains lashed many parts of Karnataka for about a week, and three people in Bengaluru lost their lives due to rain-related issues. A 24-year-old man was washed away in floods as he was trying to retrieve his bike from a compound wall that collapsed due to rains, while an elderly woman died when a wall collapsed. Meanwhile, an Mtech student died after his car plunged into an overflowing lake in Magadi town, 50 km outside Bengaluru. The IMD had issued an orange warning for districts across the state, including coastal and interior areas.

The state continued to witness rains over the next few days, as the southwest monsoon reached Karnataka. In its latest bulletin, the IMD said that the monsoon was weak over north interior Karnataka, while heavy showers were seen over coastal and interior Karnataka.