An ambulance collided with a lorry near Bhatkal Shifa Cross 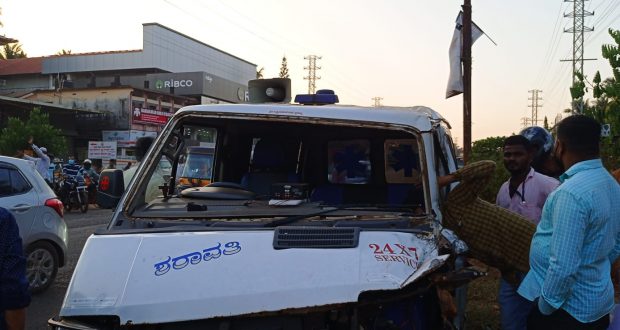 Bhatkal, 23 Jan 2022: A speeding ambulance collided with a lorry near Shifa Cross at 5.30 pm on Friday, causing severe damage to the front of the ambulance but all the passengers on board were safe.

It is said that an ambulance was carrying a patient from Honolulu to Manipal. Three people, including a woman, were also on board.

A large number of people gathered at the scene and offered their support in transferring the patient to another ambulance.

He was rushed to Manipal by another ambulance.

The accident affected the traffic system for some time.