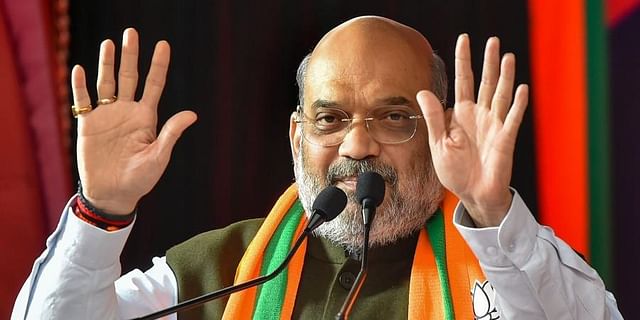 “I want to ask those who raise questions that for so many years, three families (a reference to Abdullahs, Mufti and Lone) ruled Jammu and Kashmir. Then why didn’t all these developments take place? What is the point of misleading the people? Employment and tourism are interlinked in J&K but there is a conspiracy by the opposition to keep youth away from employment so that tourists do not visit,” Shah said.

The home minister reiterated that assembly elections in J&K will be held after the completion of the ongoing delimitation process and statehood will be restored once the situation becomes normal. Virtually releasing India’s first District Good Governance Index, Shah said multiple efforts are being made for the all-round development of J&K by the government.

Shah said there has been a 40% reduction in terror-related incidents and 57% reduction in deaths since Article 370 was abrogated. J&K’s budget has been increased from Rs 9,000 crore to Rs 21,000 crore. “No other state has got two-and-a-half times more budget. It shows J&K is a priority for Modi,” he said.

Shah said the opposition was spreading lies for their narrow interests and urged people to not buy that. “Those saying that the Valley’s land will be usurped should be asked whose land has been taken away so far? Those saying violence will increase should be asked whether it has gone up or reduced?”