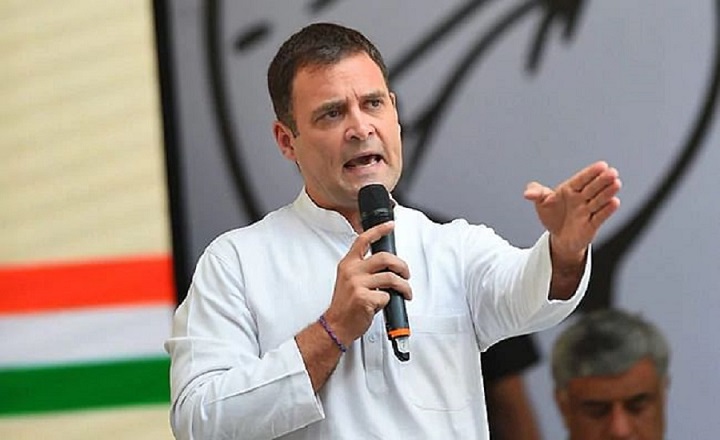 New Delhi, 23 Jan 2022 [Fik/News Sources]: Congress leader Rahul Gandhi on Saturday slammed Narendra Modi government saying that it is trying to destroy the rights of people from the beginnng.

In a series of tweets in Hindi, Former Congress president said that the world’s largest democracy is nothing without fundamental rights.

“What’s the point of the world’s largest democracy without public rights? The Modi government has been trying to destroy the rights of the public from the beginning. Can you even imagine India without these rights including the fundamental rights?” he said.

He further said that transparency is another name of democracy and people have the right to question it.

“Right to Information- Transparency is another name of democracy. People have the right to question and get answers. RTI was also given by UPA. Which of these rights does the PM object to? And why?” he asked.

“Right to food – so that no one has to face hunger. Right to Education – Today every child goes to school, making a better tomorrow for himself and for the country. Right to Employment- Despite the BJP’s staunch opposition, the UPA gave employment security to the public. This helped the countrymen even in the difficult times of COVID-19,” he added.

Addressing media while launching the party’s youth manifesto for Uttar Pradesh Assembly Elections, Rahul Gandhi had criticised the BJP government for depriving the youth of opportunities.

“About 880 youth lost a job in Uttar Pradesh every 24 hours while 16 lakh youths lost jobs in the last 5 years.” Stressing more on the job scenario Rahul said, “PM Modi promised 2 crore job every year which did not happen. Why? This is because India’s assets are going to two-three capitalists.”

“There are no hollow words of the Congress party, the thinking is that a strategy for the future of the youth of UP, how we will get you employment, how we will get you employment, it should be told. Not that we should tell you that brother, we will give you 10 lakh, 20 lakh, 30 lakh, 40 lakh jobs, but how Congress will give it, we have written this in this manifesto”, said Congress’ Rahul Gandhi.

Rahul Gandhi said that the manifesto is all about ‘UP youth’s visions’, which has been drafted after consulting the youths of the state.