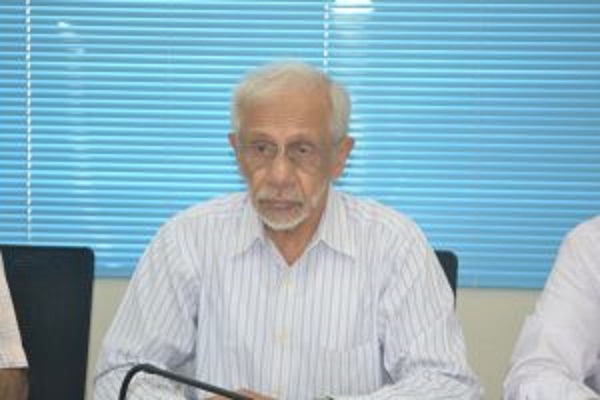 Bhatkal, 01 Mar 2021 [varthabharati]: Jukaku Abdurraheem (82), a renowned figure in the social, religious and educational circles of Bhatkal  and the former President of the prestigious  organization Anjuman Hami-e-Muslimeen passed away in Los Angeles, California, around 8 am IST on Monday. He is the son of ex-Minister Jukaku H. Shamshuddin.

It is learned that for the past few days, Jukaku Abdurraheem had been experiencing ill health due to his old age. He is survived by two sons and three daughters and a legion of friends and loved ones.

He was a Mechanical Engineer by profession. Mr. Abdurraheem was greatly involved with the Anjuman Hami-e-Muslimeen and other educational, social and religious activities in Bhatkal. After being appointed as the Executive Committee Member of the Anjuman Educational Centre in 1987, Jukaku Abdurraheem served as the Vice President of the Centre from 2003 to 2007. Thereafter, he became the General Secretary in 2007 and continued in that position until 2015. He then served as the  President of the Anjuman   from 2015 to 2020.

Apart from his active involvement and leadership in Anjuman, he had also served as the General Secretary of the Dubai Jamaath and was greatly involved with the Bhatkal Jamatul Muslimeen and Majlise Islaho Thanzeem, the Umbrella organisation of Muslims in Bhatkal.

Sources close to the family have informed that the funeral   will be held in Los Angeles on the 2nd of March.

Condolences: The president of Anjuman Hami-e-Muslimeen Educational Trust, Muzammil Qaziya has expressed  condolences. He has informed that a condolence gathering will be held at their Bhatkal Anjumaanabad office on the 2nd of March.