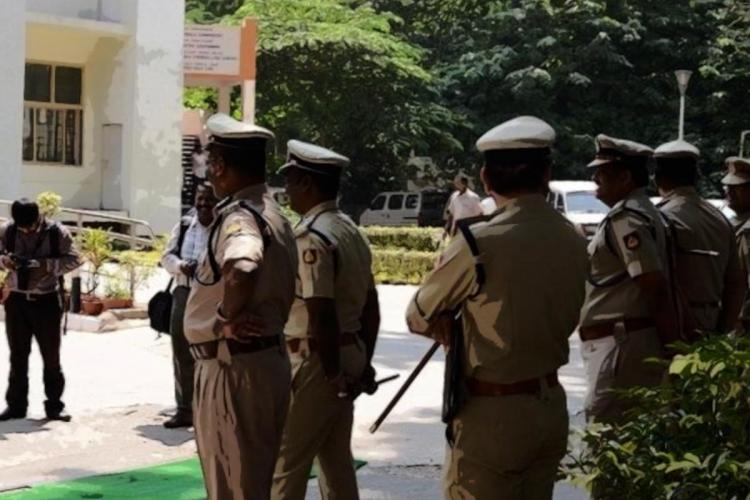 Mangaluru, 01 Mar 2021 [Fik/News Sources]: Two police personnel were suspended in Mangaluru city in Karnataka for allegedly selling off a luxury car that was seized by authorities. The two accused — Inspector KK Ramakrishna and Sub-Inspector Kabbal Raj — had seized the luxury vehicle while investigating a case of fraud. The duo had seized three cars which included a BMW, a Porsche and a Jaguar from Kerala-based businessmen Tommy Matthew and T Rajan who were arrested in a fraud case.

However, according to reports, the two personnel had submitted records for only two cars in their official report on the case, and allegedly sold the Jaguar. The city police maintained that a search operation to find the missing car, worth Rs 50 lakh, has been launched.

The officers had reportedly sold off the car for Rs 14 lakh to a Bengaluru-based businessman and had plans to sell the Porsche too. This incident came to light after the two businessmen, who were released on bail, arrived at the station to get the cars released. The businessmen told the police department that the two personnel had also asked them for a bribe to release them.

According to the police, the Kerala-based businessmen were believed to be promoters of Eliya Construction and Builders Pvt Ltd and were arrested after a woman from the city lodged a complaint against them with the police. The woman in a complaint, lodged on October 16, 2020, said that hundreds had invested money to the tune of several crore in the company after high returns were promised to them, but they were later cheated. The woman claimed that she had invested Rs 4.5 lakh.

Deputy Commissioner of Police (Crime and Traffic) Vinay Gaonkar, according to TNIE, said that the two personnel were posted with the crime branch in Mangaluru at the time of seizure and have been transferred. Police Inspector KK Ramakrishna is now posted with the Narcotics Wing in the city while Sub-Inspector Kabbal Raj is with the Chikkamagaluru District Crime Records Bureau.

Mangaluru City Police Commissioner N Shashikumar ordered an inquiry into the incident by DCP Vinay Gaonkar, who submitted a 35-page interim report a few days ago. Meanwhile, Director-General and Inspector-General of Police Praveen Sood on Saturday suspended the two police officials and ordered an inquiry by the Criminal Investigation Department (CID), for their alleged involvement in the sale of the car.