Karnataka houses world’s longest railway platform Mangaluru to be next big IT cluster in Karnataka: Deputy CM Ashwath Narayan Students on Karnataka-Kerala border in a fix A Year on, Covid fatality rate still not going down CBSE reduces syllabus for Class 10 social science board exam Karnataka govt gets HC notice on plea by body of unaided schools

Karnataka houses world’s longest railway platform Mangaluru to be next big IT cluster in Karnataka: Deputy CM Ashwath Narayan Students on Karnataka-Kerala border in a fix A Year on, Covid fatality rate still not going down CBSE reduces syllabus for Class 10 social science board exam Karnataka govt gets HC notice on plea by body of unaided schools

UP cops arrest Karnataka man, accuse him of kidnapping and forcefully converting girl to Islam 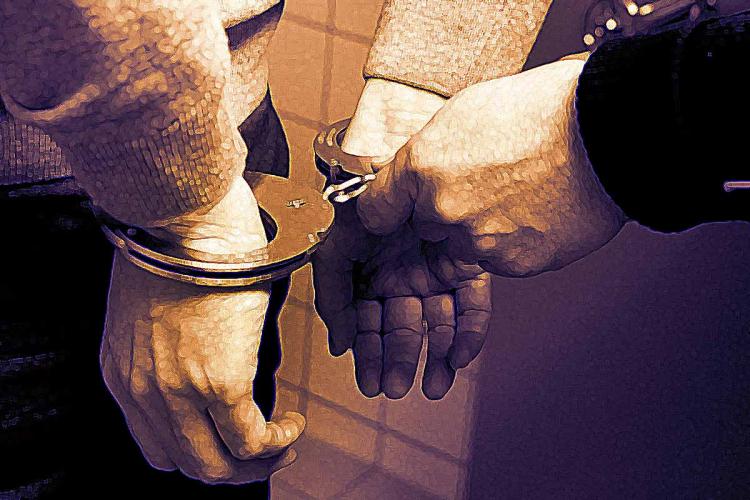 Bengaluru, 16 Jan 2021 [Fik/News Sources]: The Uttar Pradesh police on Friday arrested a 21-year-old Muslim youth from Karnataka’s Vijayapura district on allegations kidnapping a minor girl from Gorakhpur for the purpose of forcefully converting her to Islam. In 2020, the Uttar Pradesh government passed the Prohibition of Unlawful Religious Conversion Ordinance and the UP Police have made multiple arrests of Muslim youth under this provision since then.

Speaking to TNM, the accused Mehaboob Chapparband’s father, a porter at the railway station in Vijayapura’s Indi, said that he had no knowledge of his son’s relationship with the minor girl. “On Wednesday, the police came to my house (in Rajanal village) and told me that my son had kidnapped a girl from Uttar Pradesh and that he was accused of trying to forcefully convert a Hindu girl to Islam. I told them that my son was a good man and if he had done anything wrong, they could take action,” Mehaboob’s father said, while adding that he offered to help the police trace his son, who they claimed had absconded.

“They took him to UP today. They didn’t tell me anything. My son had not come home for a few days and his phone was off,” he added.

On January 11, the Chiluatal Police in UP’s Gorakhpur registered an FIR under sections 5 and 7 of the Ordinance. Section 5 prohibits conversion of religion through force, misrepresentation, undue influence, and allurement, or fraud, or marriage. Section 7 pertains to the powers vested in local police to register an FIR if such a complaint for forceful conversion is filed by the aggrieved person or their family members.

On January 5, the father of the minor girl filed a missing persons complaint with the Chiluatal Police stating that his daughter had not returned home from college. In his complaint, the father had stated that he had dropped his daughter to the Sardar patel Institute of Technology in Gorakhpur on January 4 and that she had not returned home. Her father had allegedly told the police that he had checked her Facebook profile and found that she had been in touch with Mehaboob Chappaband from Vijayapura district’s Indi taluk.

According to the Chiluatal police, the girl’s father claimed in his complaint that Mehaboob had befriended her on Facebook by offering her a job and that he had allegedly concealed his religious identity. Based on the father’s complaint, the police registered an FIR against Mehaboob for kidnapping and under sections of the Unlawful Religious Conversion Ordinance 2020.

Speaking to TNM, Vijayapura Superintendent of Police Anupam Aggarwal said that a team of three police officers arrived in Indi on Wednesday and began looking for the minor girl and Mehaboob. The police initially suspected that they were in Goa and enlisted the help fo Mehaboob’s father to track him down. “We don’t know whether he intended to forcefully convert the girl. We have to question him first. Investigation is on,” the Chiluatal police said.