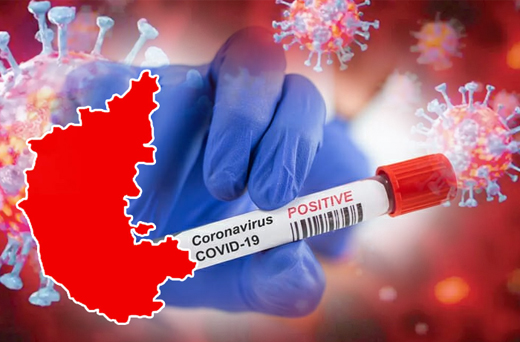 The day also saw 7,509 patients getting discharged after recovery, the health department said.

The number of tests done was less at 58,862, compared to 67,857 on Sunday Bengaluru Urban continued to account for the maximum number of new cases with 2,722 on Monday.

It said active cases numbered 1,04,048. As many as 82 are undergoing treatment in Intensive Care Units.

The capital city saw a fall in the number of deaths at 9, from 15 on Sunday, followed by seven in Dakshina Kannada, while the rest were spread over 18 districts.

Most of the dead had a history of Severe Acute Respiratory Infection (SARI) or Influenza-like illness (ILI).

After Bengaluru Urban, Udupi district acccounted for most number of new cases at 332, followed by Hassan 320, Kalaburagi 273 , Mysuru 240, Chikkamagaluru 219 , Mandya 209 and others.

Over 1.62 lakh people were home quarantined in the last one week, the bulletin said.