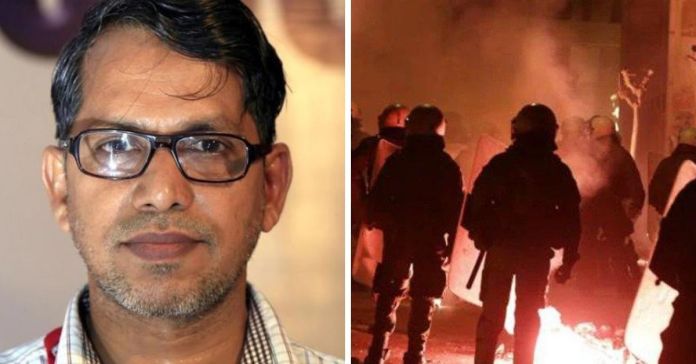 Elyas Mohammed Tumbe, state president of SDPI, in a video-message while expressing concern and regret at the incident said the alleged blasphemous post on Prophet Mohammad by Naveen and police inaction in arresting him forthwith in an attempt to buy time was the trigger for the incident.

Police did not initiate any action against Naveen till around 11.30pm and it is apparent that this was guided by the fact that he is the nephew of Pulikeshi Nagar Congress MLA R Akhanda Srinivas Murthy, Elyas said.

"A group of agitated people who had gathered there were further incensed by the apathy of the police," he said, creating an atmosphere of discord. It is police failure that has led to loss of three precious lives in subsequent firing, he added.

Defending action of SDPI leader Muzammil Pasha, whom police have since arrested, Elyas said Pasha and other leaders are seen in videos trying their best with the police to pacify the agitated mob. "Pasha with the local ulamas is seen beseeching the crowd not to lose their cool as the leaders are in touch with the police to sort out the issue," he said. Subsequent action on Pasha is a cover up for intelligence, government, and police failure, Elyas alleged.

Asserting that SDPI has always stood for justice and stands by development, Elyas alleged that a concerted attempt as usual is being made to needlessly drag his organisation in the apparent failures of the government. President of Bengaluru unit of SDPI M D Sharief said police could have avoided the incident had they acted swiftly. Alleging that Naveen had shared such posts in the past too, Sharief said he went scot-free because of his political clout.