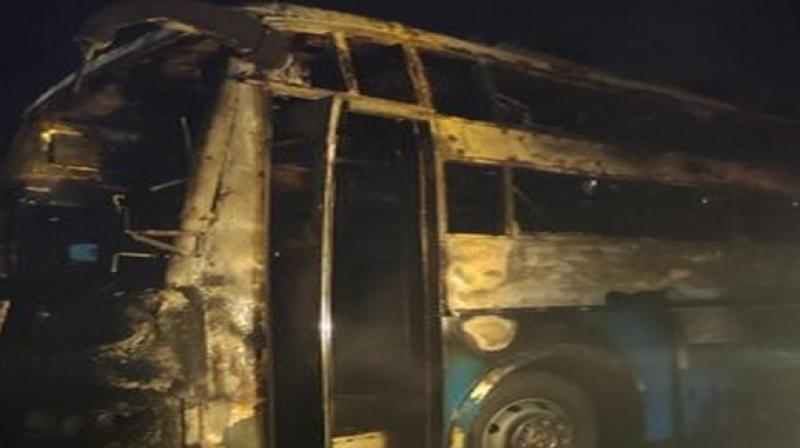 Bengaluru, 12 August 2020 [Fik/News Sources]: At least five people, including three children, were charred to death and many others sustained burns when a Benglauru bound bus they were travelling in caught fire on a national highway in Chitradurga district on Wednesday morning.

"Five people have died after a bus caught fire on National Highway 4 at about 3.30 am. The bus was on the way from Bijapur to Bengaluru," a police officer said.

The deceased have not been identified, he said adding a few others have been hospitalised. He suspected that the vehicle was parked by the road side when it caught fire.