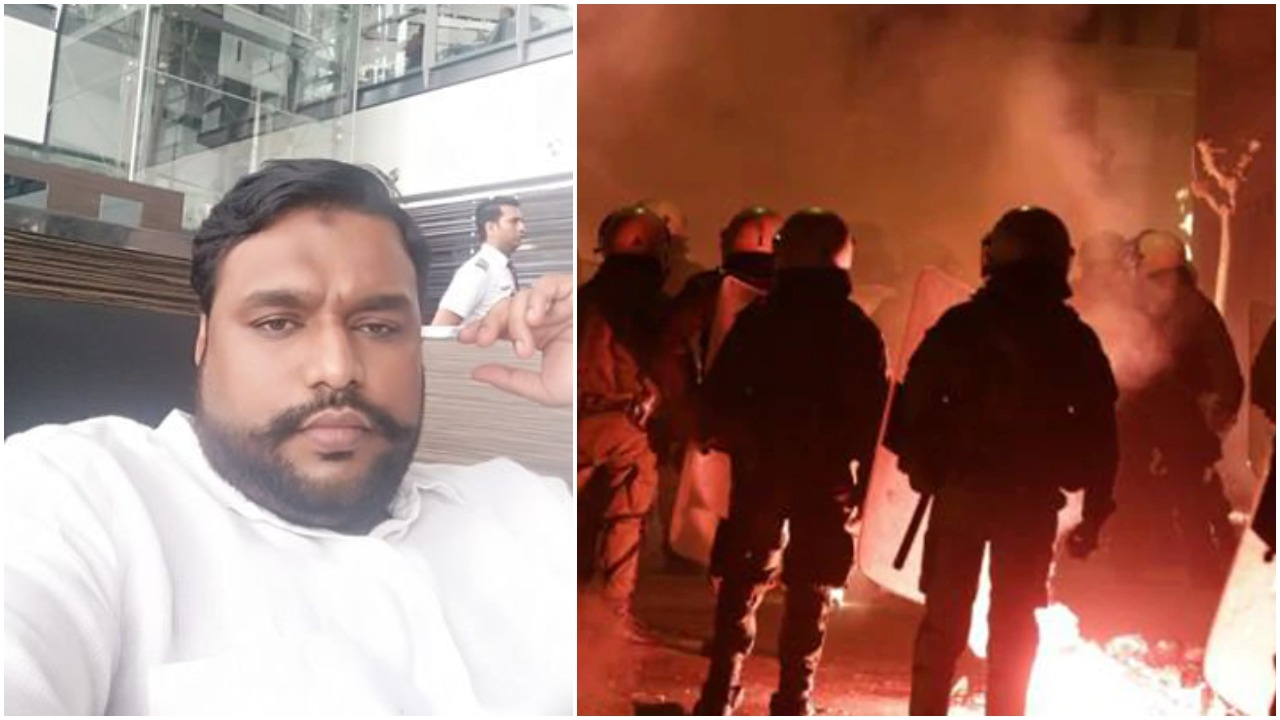 Bengaluru, 12 August 2020 [Fik/News Sources]: Muzamil Pasha, an Social Democratic Party of India (SDPI) leader has been arrested by Police in connection with DJ Halli police station limits violence in Bengaluru. At least three people were killed after police opened fire to quell a mob that went on a rampage irked over a social media post allegedly put out by a Congress legislator’s relative, as a city locality witnessed arson and violence.

"Three people have died (in police firing)," Bengaluru Police Commissioner Kamal Pant told PTI. Further, 110 people have been arrested in connection with the incident at Pulakeshi Nagar here. Scores of persons, including around 50 policemen, were injured in the violence that erupted on Tuesday night and continued till the wee hours of Wednesday, apparently prompted by the ’communally sensitive’ online post.

The Congress MLA’s residence and a police station were among those targeted by the angry mob, prompting the government to issue a stern warning that rioting and law and order issues will not be tolerated.

Pant said Naveen, who allegedly posted the social media post has been arrested and appealed for peace.

Chief Minister B S Yediyurappa said the "attack on the residence of MLA Akhanda Srinivasa Murthy and the DJ Halli police station and riot are condemnable." "Already given directions to initiate stringent action against the criminals (and) the government has initiated all the measures to contain violence," he said. The attack on police, media persons and common citizens was unpardonable. The government will not tolerate such instigation and mischief, he added.

On Tuesday night, irked by the social media post, hundreds of people went on a rampage and set DJ Halli police station on fire. They torched many police and private vehicles, smashed the belongings of MLA Murthy and those of his sister. An ATM was smashed into pieces.

To disperse the mob, police resorted to lathi charge, lobbed tear gas shells and later opened fire, killing three people. One of the victims has been identified as Yasin Pasha.

The victim’s father Afzal told reporters that his son was ’innocent.’ "My son operated a meat shop in the area and had gone for dinner when the police opened fire and he died. He is innocent and was not involved in any arson," he said.

He claimed that some outsiders, who came in hordes and damaged property, were responsible for the violence. Meanwhile, curfew has been imposed in the affected areas in and around DJ Halli and KG Halli. Legislator Murthy appealed against violence.

"I appeal to my Muslim brethren that we should not resort to violence for the fault committed by some miscreants. There is no need to fight. We all are brothers. We will get the person punished as per law. We will also be with you. I appeal to the Muslim friends to be calm," he said in a video message last night. Congress MLA and former minister B Z Zameer Ahmed Khan termed the violence as ’unfortunate.’

"I am hopeful police will take action against all those who are responsible for this. I also request everyone to stay calm and maintain peace in the area," Khan tweeted. Shivaji Nagar Congress MLA Rizwan Arshad too appealed to the people to maintain peace and harmony.