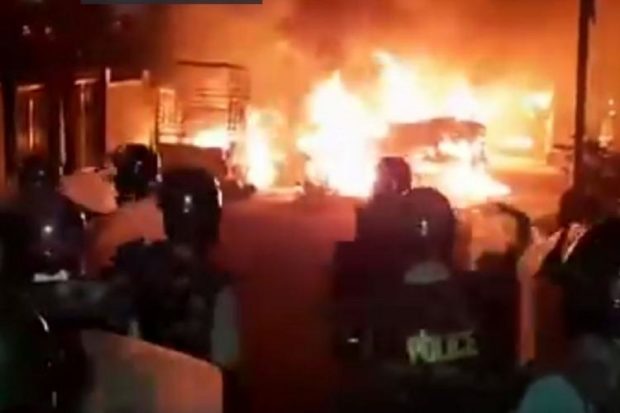 The accused is identified as Naveen.

Taking to Twitter Naveen wrote, “With regard to incidents in DJ Halli, accused Naveen arrested for posting derogatory posts.. also total 110 accused arrested for arson, stone-pelting, and assault on police. APPEAL TO ALL TO COOPERATE WITH POLICE TO MAINTAIN PEACE.”

A mob rampaged through Bengaluru’s Pulakeshi Nagar on Tuesday night and vandalized a police station and a Congress legislator’s residence after a Naveen shared a social media post purportedly on a communal issue, police said.

A large number of people gathered near MLA Akhanda Srinivasa Murthy”s residence and vandalized it and damaged the vehicles parked there. The mob then targeted the police station and damaged vehicles believing that the police had kept the accused detained there, they said. The police teams that tried to contain the violence also bore the brunt of the mob as their vehicles were damaged, eye-witnesses said.

Meanwhile, Section 144 CrPC has been imposed in Bengaluru city and curfew in DJ Halli and KG Halli police station limits.