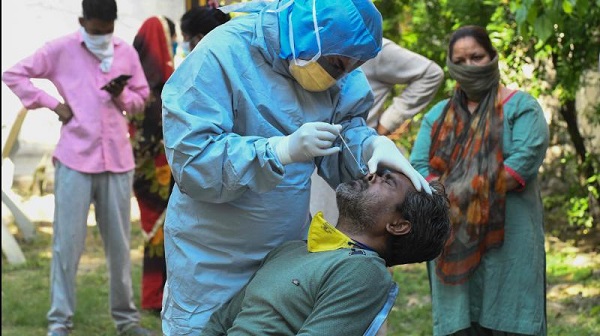 BENGALURU, 09 August 2020 [Fik/News Sources]: On one side Karnataka is battling floods, on the other side the fresh Corona positive cases has crossed the 7,000 mark and stood at 7,178.

This is the first time ever the fresh cases has crossed 7,000 mark. The fresh load coming every day to this scale just indicates that Karnataka will soon touch the 2 lakh mark anytime soon the coming week. As of now the total positive cases stand at 1,72,102. Of the total tally, 79,765 are in the active status.

The number of people who succumbed to Corona has also crossed the 3,000 mark and stand at 3,091. Since Friday evening, there were 93 deaths due to Corona in the state.

Bengaluru remains the major contributor to the state's tally with 2,665 cases out of 7,178 cases. Bellari, Udupi and Belagavi are next to Bengaluru with 607, 313 and 302 fresh cases respectively. The state's districts too continue to add up deaths. Of the 93 deaths, only 18 were from Bengaluru while the rest were shared by the districts.

There were 5,006 discharges across the state of which 2,229 were from Bengaluru alone.

State continues to do more than 40,000 test and on Saturday the state's health bulletin issued by the Department of Health and Family Welfare revealed that 43,883 tests were done on Saturday taking the total tests to 16,68,511.

Medical education minister Dr Sudhakar who visited ESI Hospital at Rajajinagar to take stock of the situation had tweeted about his visit and said "In the coming week RTPCR lab will be functional at the ESI Hospital. As the death tally is high in the hospital, an expert committee will be constituted to bring out an audit report."