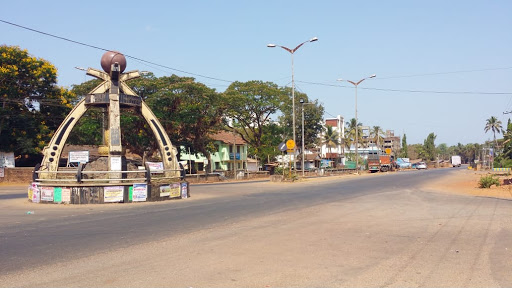 Bhatkal, 05 August 2020 [Fik/News Sources]: Prohibitory orders have been imposed at Bhatkal to maintaining law and order in view of the groundbreaking ceremony of the Ram temple in Ayodhya on Wednesday.

As per reports form Bhatkal Assistant Commissioner Bharat, the prohibitory orders under CRPC Section 144 from 6:00 am on Wednesday to 8:00 pm will be imposed at Bhatkal.

Several districts in Karnataka including Dharwad, Kalaburagi, Kodagu and Dakshina Kannada have imposed prohibitory orders under Section 144 for Wednesday in the wake of the ground-breaking ceremony for the Ram temple in Ayodhya.

In Kodagu, the Deputy Commissioner has ordered gathering of crowds to be restricted starting from Wednesday midnight to Thursday midnight. In Dharwad, restrictions have been put in place for two days, from 6 am on August 4 till 6 am on August 06.

A ban on the sale of liquor and firecrackers was also announced in Dharwad district. Prohibitory orders will also be imposed within Kalaburagi city limits.

Karnataka Home Minister Basavaraj Bommai on Tuesday reviewed the security preparedness ahead of the 'bhoomi poojan' in Ayodhya on Wednesday with senior home department and police officials.

In a video statement released after the meeting, Bommai said district administrations- Deputy Commissioners and Superintendents of Police- depending on the local situation have been given the powers to impose section 144.

District administrations can take decisions regarding banning sale of liquor, he said.

Also Taluk Executive Magistrates or Tahsildars have been asked to be present at their respective headquarters for the complete day tomorrow.

Peace committee meetings should be held at the police station level, adequate deployment of security personnel at places of worship and prayers, and conducting drone surveys in sensitive and crowded areas are among the other instructions given to the officials, he said.

Incidentally, the state government has ordered special pujas and prayers to be conducted coinciding with the ceremony.

In a circular issued on Tuesday, temples have been asked to organise special puja and prayers following the COVID-19 guidelines for the successful 'bhoomi poojan' at Ayodhya, for the completion of the Ram temple and the well-being of the people of the country.

The circular was issued by the Hindu Religious Institutions and Charitable Endowment department.

It said that following the directions from the Chief Minister and instructions from the Religious Endowment Minister, all temples in the state that come under the purview of the department and also the private shrines, have been asked to hold the special prayers and pujas through priests during the ground-breaking event at Ayodhya.

Prime Minister Narendra Modi has been invited for the event in Ayodhya on Wednesday by The Shri Ram Janmabhoomi Teertha Kshetra Trust, set up in line with the Supreme Court order for construction of the temple.