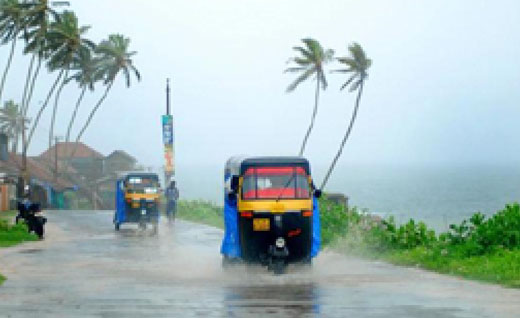 Bhatkal, 04 August 2020 [Fik/News Sources]: From August 4 to 6, heavy rains in coast and Western Ghats, heavy to moderate rains in malnad region, and moderate to light intermittent showers in rest of the State are expected.

Heavy to very heavy rainfall and thunderstorms are predicted over Goa and coastal Karnataka.

Under its influence, a trough lying from coastal Maharashtra to Kerala is expected to strengthen rainfall over there on Tuesday through Wednesday.

According to Agricultural Meteorology Department of the University of Agricultural Sciences (UAS) in Dharwad, rainfall would be slightly less from August 7 to 9.