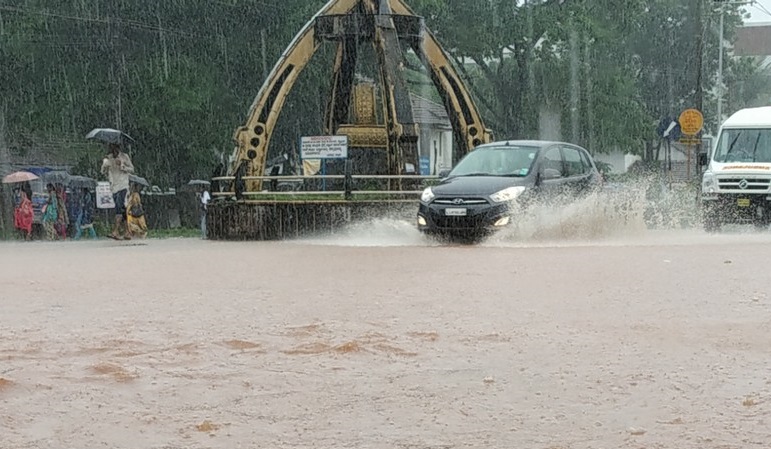 It was as predicted by the meteorological department that had sounded orange alert. The Met department sounded warning for fishermen not to ventture into the sea, observing that strong winds with speed reaching 50-60kmph were likely to prevail over Southwest and West Central Arabian Sea till July 5.

Movement of people was affected at Kelaginoor as a rock fell on the road. The catchment area of Supa reservior in Joida taluk received heavy rain and as on wednesday morning, the inflow to the reservior was 17,081 cusec.