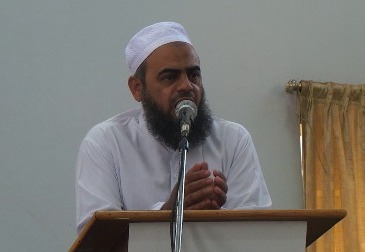 In the last one week, there has been a rise in the number of cases in Karnataka, mainly in Bengaluru, as almost 20,000 new cases were discovered across the country.

In these circumstances, it is very important to take precautionary measures.

In view of these circumstances, the Qazi of Jamaat-e-Muslimeen Bhatkal, Maulana Khawaja Moinuddin Akrami Nadvi Madani, while releasing an audio on WhatsApp, has requested the people to take strict precautionary measures.

He said in his audio message that after the advice of Deputy Qazi Jamaat-e-Muslimeen Bhatkal Maulana Abdul Azeem Qazi Nadvi, you are being told that the situation is getting very bad and things are coming positive so we protect our health. Become a doer yourself.

Maulana appealed to the people not to wander in the bazaars unnecessarily. Don't go for less that your full potential.

"Health is the best blessing of Allah. Rain causes fever and cold. Before these things turn into other things, let us ensure the safety of ourselves and our families," he added.

In particular, turn to Allah and arrange prayers in the last part of the night and remember in your prayers for those who are ill.