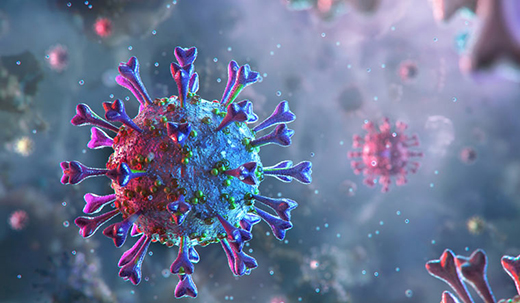 Bengaluru, 06 June 2020 [Fik/News Sources]: Karnataka reported 515 new COVID-19 cases on Friday- the highest single day surge in the state.  With this the total number of cases in the state rose to 4835 and with no new death reported on the day, the COVID-19 death toll in the state stands at 57.

Friday also saw a total of 83 patients being discharged. There are presently 3088 active patients undergoing treatment at COVID-19 hospitals.

According to the official bulletin, 473 (91.8%) of the 515 patients who tested positive on Friday are returnees from Maharashtra. As far as the total numbers go, 3034 or 62.7% of Karnataka’s patients recently returned from Maharashtra.

Four persons who tested positive on Friday are returnees from Haryana and Andra Pradesh (with two patients from each state), three of them returned from Delhi. One person each returning from Tamil Nadu and Indonesia also tested positive.

Twenty seven patients are contacts of already infected persons or contacts of residents of containment zones. However, the source of infection of five patients who tested positive on Friday is yet to be traced. They have no travel or contact history.

Udupi continued to see a rise in cases, reporting 204 (39.6%) on Friday.  Yadgir reported the second highest number of cases with 74. Vijayapaura and Kalaburagi reported 53 and 42 cases respectively.

All other districts reported less than 10 cases.

With these additions, Udupi emerged as the worst affected districts both in terms of active and total cases. The district has a total of 768 cases with 685 still being treated at the designated hospitals. The district has reported only one COVID-19 fatality.

Only Kalaburagi (417), Yadgir (345) and Raichur (318) districts have 300-plus active cases. Bengaluru Urban which so far has  reported 434 total cases, has 149 patients undergoing treatment presently.