DKShi to take charge of KPCC Prez via digital mode 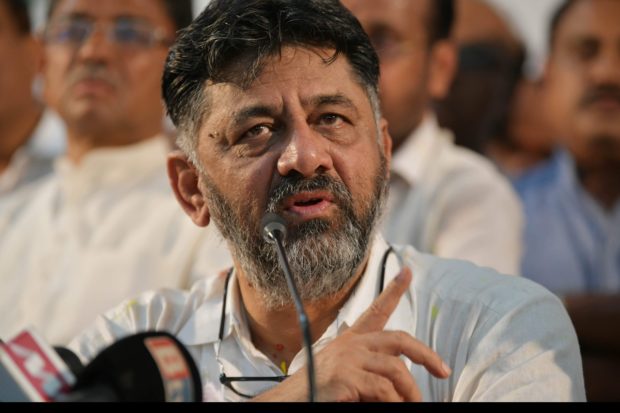 “Due to the prevailing Covid-19 situation, Shivakumar will be assuming charge as the Congress party’s state President in a virtual way, as suggested by the party’s bigwigs,” party leader VS Ugrappa was quoted speaking to IANS.

“Around 150-200 people, including legislators, former legislators, and others will participate at the Congress Bhavan in Bengaluru. We will read the preamble and rededicate ourselves to the Constitution. We will take an oath to strengthen the party,” said Ugrappa.

All the speeches by the Congress party leaders would also be live-streamed via the Zoom app.

Originally scheduled to take place on Sunday, the party has changed its plans owing to the lockdown rules. However, the opposition will wait till Monday to take its next step.