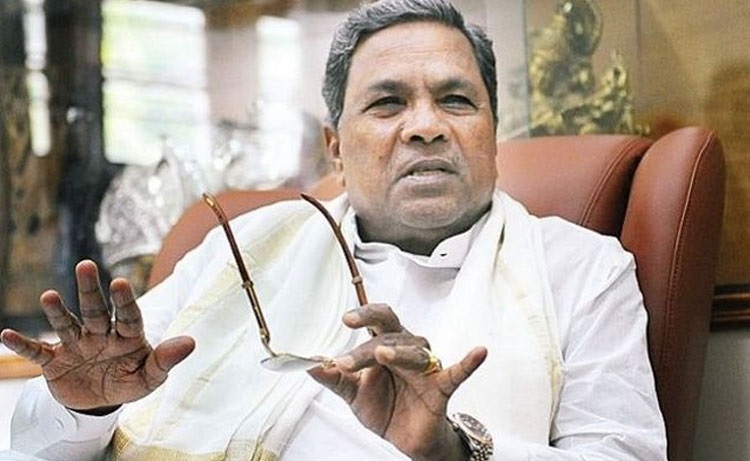 Bengaluru, 19 Feb 2020 [Fik/News Sources]: Accusing the ruling BJP of turning Karnataka into a ‘police state’ by filing false cases against political opponents and those opposing it’s “divisive politics”, the opposition Congress on Tuesday walked out of the assembly as the Speaker did not accept their demand for an immediate discussion on the issue.

Making a preliminary submission to the Chair to allow his adjournment motion on the “collapse” of law and order in the state, Leader of the Opposition (LoP) Siddaramaiah charged the government with having a “demon instinct” in suppressing opponents.

After hearing his preliminary submission, Speaker Vishweshwar Hegde Kageri ruled that a discussion will be held on the topic at 3 PM on Wednesday, but under a different rule.

However, Congress legislators insisted that the discussion be allowed immediately as otherwise, it would dilute the issue.

As the Chair did not concede their demand, they staged a walkout, threatening to boycott proceedings.

During his preliminary submission, Siddaramaiah alleged that the law and order in the state had completely collapsed as the government has failed to manage it.

Siddaramaiah pointed out that the Governor’s address to the joint sitting of the state legislature on Monday did not mention the state-wide anti-Citizenship Amendment Act protests and the one in which two people died in Mangaluru in December.

By discussing the issue, “It is our duty to instill confidence among the affected people as we have come here with their mandate, representing them”, he said

Stating that anti CAA and NRC protests have been taking place across the country, Siddaramaiah said opposing and expressing an opinion against government policies and laws is the “essence of democracy”.

When acts or policies brought in despite “brute majority” can be opposed in the nation’s democratic setup, the ruling BJP has booked people under acts like sedition for opposing and tried to scuttle their freedom of expression, he alleged.

Reacting to this, Home Minister Basavaraj Bommai chided Congress by pointing out it was that party that imposed the Emergency, triggering a war of words between both sides, with senior Congress MLA Ramalinga Reddy even saying that the Constitution itself has provisions to impose it.

Referring to the violent protest in Mangaluru and arrest of a parent and school headmistress in the “sedition case” for their alleged involvement in staging a drama, portraying Prime Minister Narendra Modi in poor light in connection with CAA and NRC, he charged the government with booking false cases against those opposing the measures, misusing the police.

“In Mangaluru, police had ‘illegally’ imposed prohibitory orders, and if the peaceful protest had been allowed like in other parts of the state, there would have been no violence and two people would not have been killed,” he said.

Siddaramaiah alleged that police were acting as a “puppet” at the hands of its political masters and innocent people have been killed, showing the “demon instincts” of the ruling dispensation.

He said that cases like sedition have been booked against Congress leader U T Khader and a student from Mysuru for opposing CAA and NRC, while none have been filed against ruling party leaders like Somashekara Reddy and Anant Kumar Hegde, despite their “inflammatory speeches”.

Replying to Siddaramaiah’s preliminary submission, Law and Parliamentary Affairs Minister J C Madhuswamy said there were no ingredients in the LoP’s submission to allow it under an adjournment motion and cited several rules.

After hearing both sides, Speaker Kageri ruled that he would allow a discussion under a different rule and scheduled it for 3 PM on Wednesday, irking the Congress, with Siddaramaiah and others demanding that the discussion be taken up immediately.

As the Speaker asked them not to “waste time” and permitted a debate on the motion of thanks to the Governor’s address, Congress members objected to it and asked the chair to remove the word from the records.

Intervening, Chief Minister Yediyurappa said the Speaker, after hearing the LoP’s preliminary submission for about an hour, has scheduled the discussion for tomorrow and cannot be “dictated” to, leading to arguments between him and Siddarmaiah.

Siddaramaiah then demanded to know why the opposition was “called” for the session when the government was not willing to accommodate them.

Alleging that the government was trying to “scuttle” the rights of the opposition, he declared that the Congress would boycott proceedings and staged a walkout.