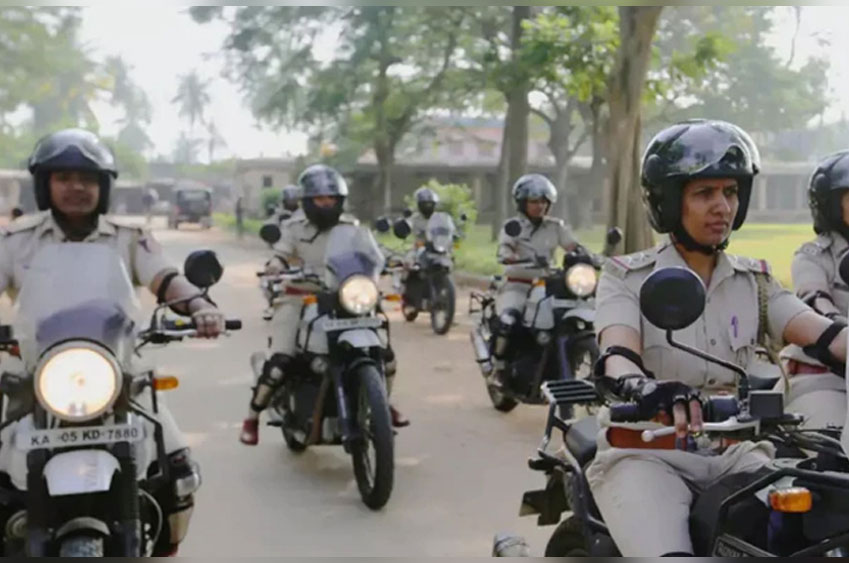 Bengaluru, 16 Jan 2020 [Fik/News Sources]: With an aim to make Bengaluru city a safe place for women and children, the city police have formed, ‘We for Women’, an all-women police motorcycle brigade.

City Police commissioner Bhaskar Rao flagged off and joined the bullet borne policewomen on a ride to Nandi Hills from the city armed reserve headquarters.

“We trained 15 lady sub-inspectors as of now and will continue to grow this team of motorcyclists. We want these women to lead by example and inspire other women as well while keeping the city safe,” said city armed reserve headquarters deputy commissioner of police Divya Sara Thomas in a statement.

Women police officers with a passion for riding were identified and trained to improve their riding skills under various conditions. The bullet brigade, set to expand further, will execute patrolling duties and shatter gender stereotype, Thomas said.

Trained in two phases, the policewomen learned to handle bullet models such as Himalayan, Interceptor 650 and Classic 350. In the second phase of training in December and January, the officers were exposed to riding in notorious Bengaluru traffic conditions.

City Police commissioner Bhaskar Rao flagged off and joined the bullet borne policewomen on a ride to Nandi Hills from the city armed reserve headquarters.