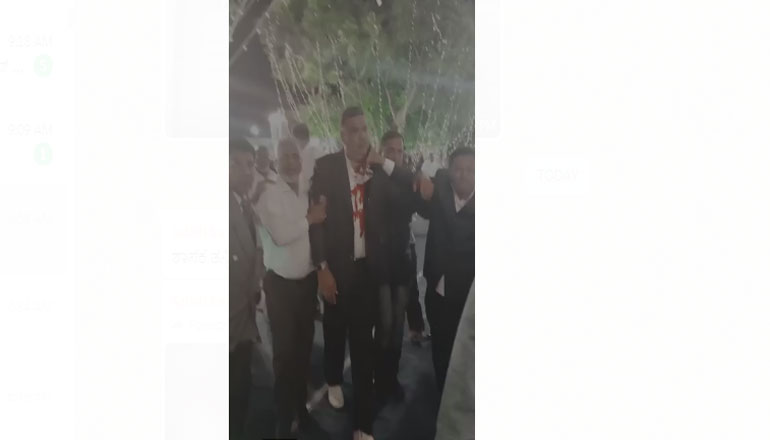 Bengaluru, 19 Nov 2019 [Fik/News Sources]: Congress MLA Tanveer Sait’s gunman has been suspended for negligence of duty after the former minister was attacked by a man with a knife at a wedding in Mysuru.

The suspeneded gunman is Fairoz Khan.

Tanveer Sait was attacked by a man with a knife at a wedding in Mysuru on Sunday night. The 52-year-old Narasimharaja constituency MLA, was immediately rushed to a hospital in Mysuru where he underwent surgery. Hospital sources said his condition was serious and he is undergoing treatment at the Intensive Care Unit.

Sources in the family told PTI that they have no clue about the motive behind the attack.

As the five-time MLA Sait was seated at the function, Pasha attacked him and tried to escape but was caught by those at the venue and later handed over to the police. The incident has been caught on video at the event.

Meanwhile, Chief Minister B S Yediyurappa expressed shock and dismay over the incident.

“I am deeply hurt after learning about the incident.I have gathered information from the police as well as the deputy commissioner,” Yediyurappa said.

He said he has directed the district-in-charge minister of Mysuru V Somanna to rush to the hospital.

The government will bear Sait’s medical expenses, he said, praying for his early recovery.