Beautification of B C Road set for launch on Oct 21 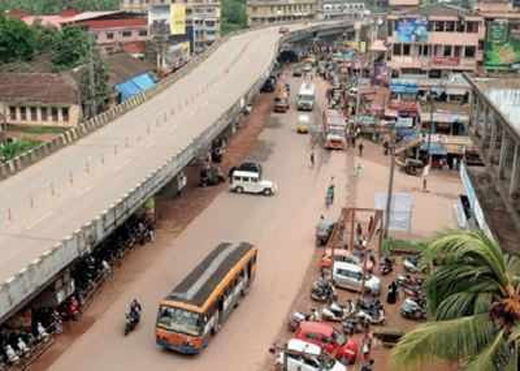 Mangaluru, 17 Oct 2019 [Fik/News Sources]: Beautification of B C Road town is set to commence on October 21.  The foundation stone for the work will be laid below the flyover by District In-charge Minister Kota Srinivas Poojary. MP Nalin Kumar Kateel and Revenue Minister R Ashok will take part.

On winning the Assembly elections, MLA Rajesh Naik had expressed a desire to beautify B C Road. When he failed to get grant from the previous government, he had promised to take up the work with the help of CSR funds.

The national highway that passes through B C Road lacked footpaths and parking facilities. It has been decided to lay tiles below the flyover and also construct toilets and a garden.

“Chief Minister B S Yediyurappa had announced a special grant of Rs 5 crore for the purpose. Further, Rs 10 crore from the CSR funds will be utilised for the beautification of B C Road,” he said.