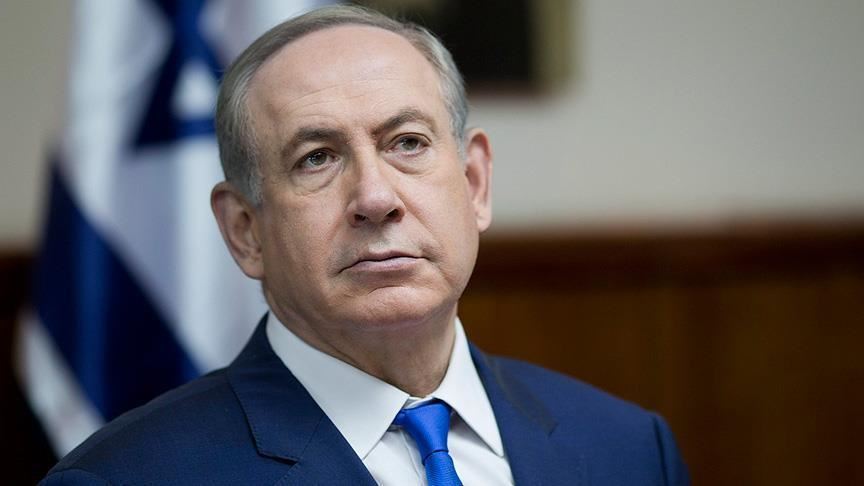 JERUSALEM, 11 Sep 2019 [Fik/News Sources]: In a possible gambit to boost his electoral chances, Israel’s prime minister said Tuesday Israel will impose its sovereignty over the Jordan Valley and other settlements in the occupied West Bank if he wins next week’s Israeli election.

Speaking at a press conference, Benjamin Netanyahu said: “[U.S.] President Trump said he will present his Deal of the Century a few days after the [Sept. 17] election and this presents us with a great opportunity to apply Israeli sovereignty to Judea and Samaria [West Bank] and other areas."

Out of respect for Trump, Netanyahu said he will take his step after the publication of Trump’s peace plan.

He added: “There is one place where it is possible to apply Israeli sovereignty immediately after the election” if he is re-elected.

"I announce my intention to apply Israeli sovereignty to the Jordan Valley and the Dead Sea, if the Israeli citizens elect me," he said.

"This will be our defensive belt to the east. It ensures that we will never be a country a few miles wide," he added.

Roughly 70,000 Palestinians -- along with some 9,500 Jewish settlers -- currently live in the Jordan Valley, a large, fertile strip of land that accounts for roughly one-quarter of the West Bank’s overall territory.

Israel claims that the Jordan Valley is vital to its security and has consistently rejected the notion of relinquishing any part of it in any future settlement with the Palestinians.

Earlier this month Netanyahu renewed a pledge to annex all settlement blocs in the occupied West Bank, saying: "With God's help, we'll apply Jewish sovereignty on all the settlements, as part of the land of Israel and as part of the state of Israel."

Some 650,000 Israeli Jews currently live in more than 100 settlements built since 1967, when Israel occupied the West Bank and East Jerusalem.

The Palestinians want these territories -- along with the Gaza Strip -- for the establishment of a future Palestinian state.

International law views both the West Bank and East Jerusalem as "occupied territories" and considers all Jewish settlement-building activity there as illegal.