Thundershowers in K’taka, 2 other states 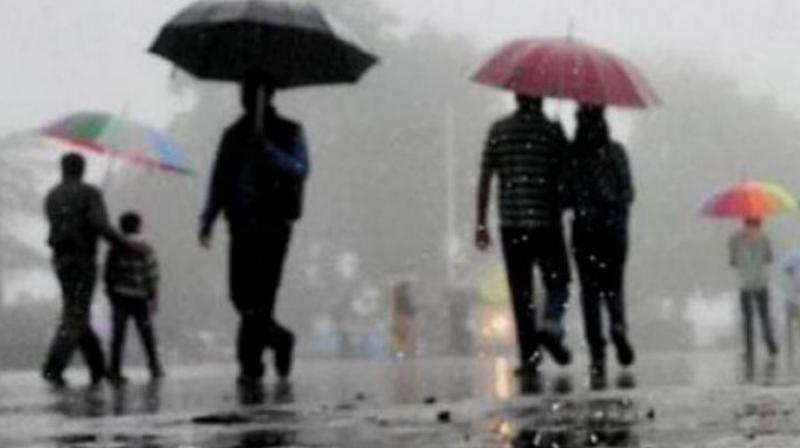 Bengaluru, 25 August 2019 [Fik/News Sources]: Light to moderate rainfall was recorded in most of the north Indian on Saturday, while thundershowers lashed Karnataka, Madhya Pradesh and coastal areas of Andhra Pradesh and West Bengal.

Some parts of the national capital received rains on Saturday with the Palam observatory recording 1.8 mm rainfall, a meteorological department official said.

Delhi recorded a maximum temperature of 33.9 degrees Celsius, while the humidity level oscillated between 76 and 80 per cent.

Light to moderate rains lashed parts of Punjab, Haryana and Chandigarh on Saturday, keeping the maximum temperature in the region close to normal.

The maximum temperature in the region hovered up to two notches above the normal.

Parts of Rajasthan recorded rainfall between 1 cm and 5 cm from Friday and heavy rainfall is likely at isolated places in the eastern parts of the state on Sunday, a meteorological department official said.

From Friday to Saturday morning, Chaksu in Jaipur recorded 5 cm rainfall, followed by 3 cm in Badesar in Chittorgarh. Various places recorded 1-2 cm rainfall during the period, he said.

Till Saturday evening, light rainfall was recorded in Jaipur and Dabok.

Light to moderate rainfall occurred at isolated places over Himachal Pradesh during the last 24 hours.

The lowest temperature in the state was recorded in Keylong at 11.1 degrees Celsius.

Meerut was the hottest city in the state at 34.7 degrees Celsius.