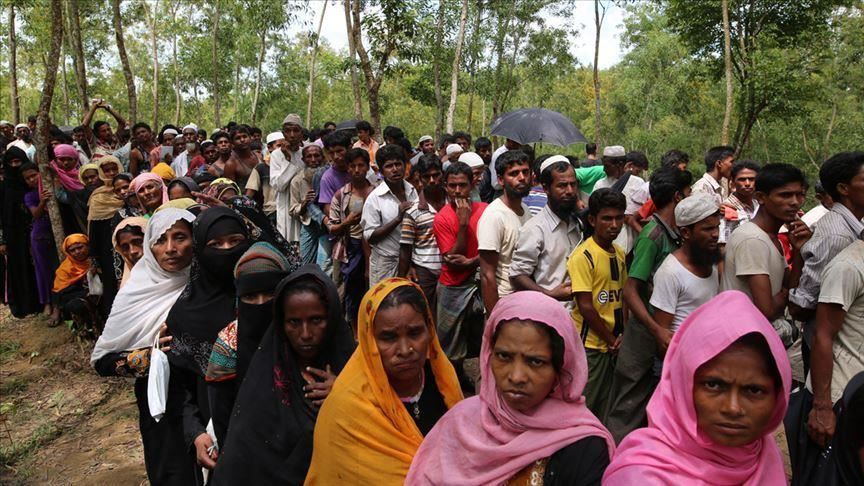 DHAKA, 22 August 2019 [Fik/News Sources]: Human rights bodies on Wednesday called for participation of displaced Rohingya Muslims in the repatriation process for their safe return to their homeland.

In a joint statement, some 61 local and international non-government organizations (NGOs) on Wednesday expressed their concerns over the possibility of worsening crisis in Myanmar and called for refugees’ engagement on voluntary returns.

The statement came after Bangladesh and Myanmar authorities agreed to begin repatriation of Rohingya refugees on Thursday, Aug. 22, 2019.

The existing levels of engagement do not offered them their right to make informed decisions about their future, including voluntary return, said rights groups said.

In another development, the Fortify Rights, a rights group, on Wednesday urged Myanmar and Bangladesh to suspend any immediate plans to return Rohingya refugees to Myanmar.

“Governments should focus on ensuring accountability for mass atrocities, restoring Rohingya citizenship rights, and ending deprivations of basic human rights that are ongoing in Rakhine State,” he added.

Myanmar reportedly added 3,450 Rohingya to a “repatriation list” derived from a list of more than 22,000 Rohingya provided by the Government of Bangladesh.

Repatriation of Rohingya was agreed by Bangladesh and Myanmar late November 2017 but the process was repeatedly postponed due to lack of security and safety in the region.

Last November, the first scheduled Rohingya repatriation was halted as Rohingya refugees expressed unwillingness to return to their homeland, calling it “unsafe” for return.

The Rohingya, described by the UN as the world's most persecuted people, have faced heightened fears of attack since dozens were killed in communal violence in 2012.

According to Amnesty International, more than 750,000 Rohingya refugees, mostly women and children, have fled Myanmar and crossed into Bangladesh after Myanmar forces launched a crackdown on the minority Muslim community in August 2017, pushing the number of persecuted people in Bangladesh above 1.2 million.

Since Aug. 25, 2017, nearly 24,000 Rohingya Muslims have been killed by Myanmar’s state forces, according to a report by the Ontario International Development Agency (OIDA).

More than 34,000 Rohingya were also thrown into fires, while over 114,000 others were beaten, said the OIDA report, titled "Forced Migration of Rohingya: The Untold Experience".

Some 18,000 Rohingya women and girls were raped by Myanmar’s army and police and over 115,000 Rohingya homes were burned down and 113,000 others vandalized, it added.