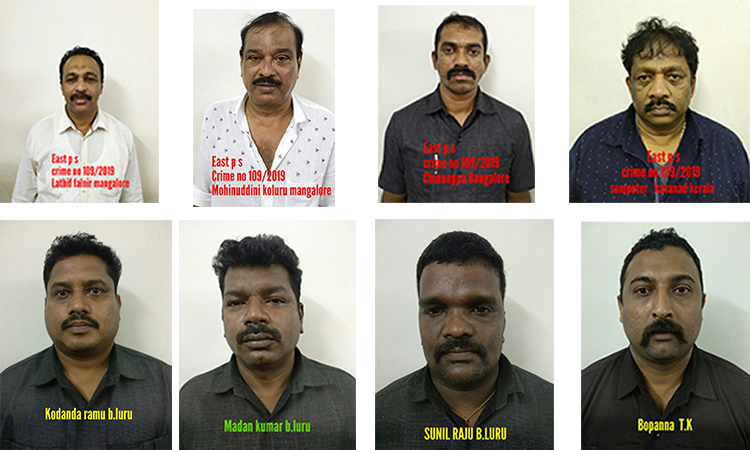 Mangaluru, 17 August 2019 [Fik/News Sources]: City police commissioner Dr Harsha on Saturday informed that the city police had arrested eight persons, who were posing as officials of National Investigation Agency from near Pumpwell here.

Based on specific information the police had raided a building near Pumpwell here on Friday and arrested the accused as well as seized a revolver, 8 live cartridges, an air gun, 10 mobile phones and the car bearing government of India sticker, said the commissioner at a press meet held here.

Led by Kerala native Sam Peter, who was posing as Director NCIB, the gang was reportedly planning to extort money from people. Of the arrested two persons – Cherian and Abdul Latif are said to be from Mangaluru and were arrested on charges of assisting the accused.

Police are further investigating the case.