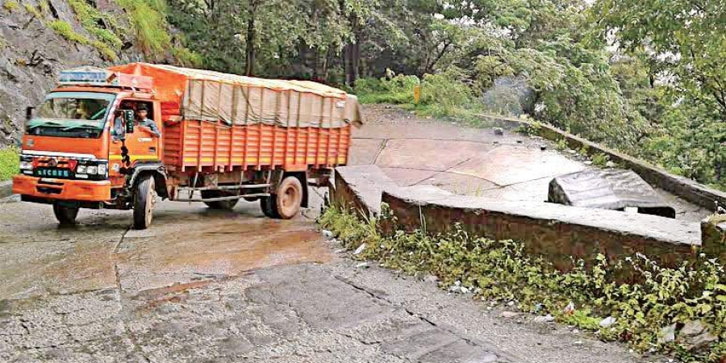 Bengaluru, 17 August 2019 [Fik/News Sources]: Heavy rain occurring here since a few days has had an adverse effect on the life of people as well as affected transport along some routes.

With heavy rains occurring in the malnad region, and under the fear of possible landslides, vehicular movement along some roads has been banned. Fearing a possible landslide along Agumbe ghat road connecting between Udupi and Teerthahalli, the Deputy commissioner Sasikanth Senthil has passed an order temporarily banning the movement of heavy vehicles along this route.

During the last monsoon and due to landslides, vehicular movement along the ghat section had been banned for a whole week to accommodate permanent work to be undertaken here. After some time, mini buses, jeep, van, cars, two-wheelers and LCVs were permitted to pass through the route. A ban on the movement of vehicles beneath 12 tonnes had been implemented until the end of the monsoon season. Now, the Dc has informed that the very same ban has been extended.