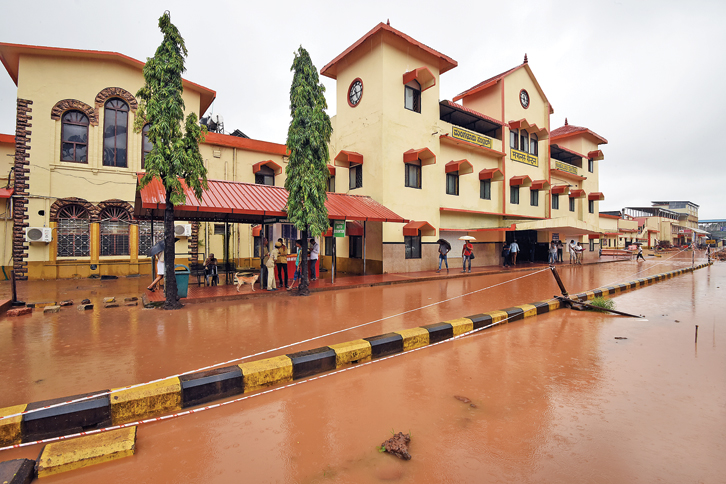 Mangaluru, 20 July 2019 [Fik/News Sources]: With monsoon gaining intensity along Karavali with heavy rainfall being experienced in the twin districts since Thursday morning, the meteorological department has predicted the rains to continue for five more days.

Orange alert has been sounded along the coast by the weather department. Tourists and fishermen have been warned against venturing into the sea as wind with a velocity of 40 to 50 knots per hour is expected to sweep the coastline, informed Prof S S M Gavaskar, scientist of Karnataka State Natural Disaster Monitoring Cell.

Heavy rainfall has been witnessed ay Dharwad, Bailahongala taluk of Belagavi district and Karike in Kodagu districts since Wednesday night. Many trees have been uprooted; traffic jams and low-lying areas were inundated due to the downpour.  Several houses crashed to the ground, and a few school bags were washed away after some auto rickshaws carrying school children got stranded in standing water.

Contrary to the department’s prediction of heavy rainfall all over Kodagu district and the announcement of orange alert, rainfall was limited to only one part of the district. Meanwhile, heavy downpour has been reported from all places in Dakshina Kannada district.