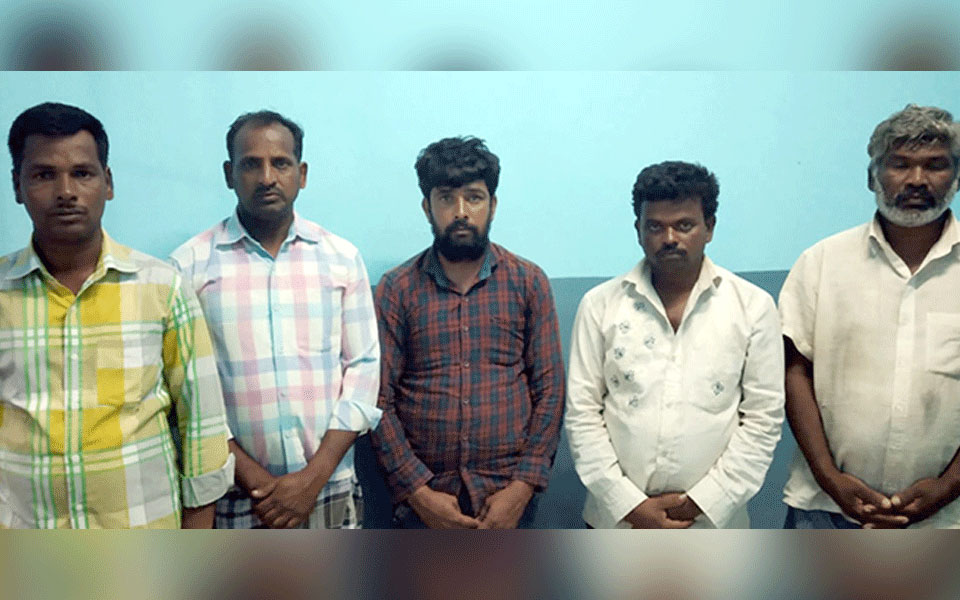 Bengaluru, 13 June 2019 [Fik/News Sources]: Five persons were arrested on Wednesday, June 12 by the local police in connection with attack on a Dalit man earlier this month.

The arrested have been identified as Basavaraju, Manikya, Sathish, Channakeshwa Murthy and Puttaswami.

All the five accused have been sent to judicial custody by local magistrate, informed sources.

A video of a Dalit man being thrashed paraded naked and tied to a pole allegedly by upper caste villagers for entering a temple in Gundlupet near Veeranapura Gate on Mysuru-Ooty Road had gone viral on the social media platform.

As per the sources, the incident occurred on June 3 and the victim, aged around 35, is under trauma and is currently undergoing treatment at St Mary’s Psychiatric, De-addiction and Rehabilitation Centre in Mysuru.