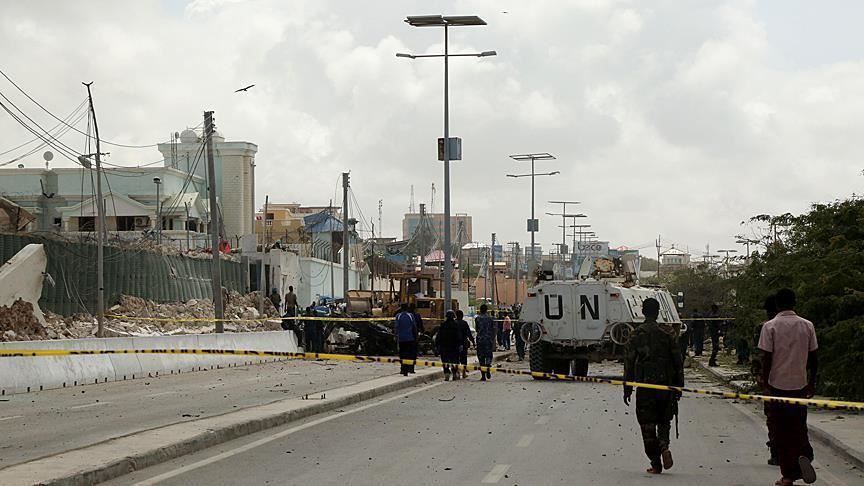 NAIROBI, 13 June 2019 [Fik/News Sources]: The U.S. has affirmed on Wednesday that it will offer to back Somalia in the decades-long war against the al-Qaeda affiliated al-Shabaab terror group.

According to a statement by the U.S. Africa Command (AFRICOM), Ambassador Donald Yamamoto and Marine Corps General Thomas Waldhauser met with senior Somali defense officials during a visit to Mogadishu on Tuesday.

The statement notes that Yamamoto and Waldhauser met with Prime Minister Hassan Ali Khaire on putting an end to the activities of al-Shabaab in Somalia and the Horn of Africa region.

"Groups such as al-Shabaab and ISIS-Somalia seek to create a bankrupt future for the Somali people, creating a more secure environment enables the Somali people and government to advance economic and development opportunities in Somalia," said Waldhauser, who is the top commander in AFRICOM.

He added that efforts in the eastern African country helped "contain a potentially broader regional security threat" through an integrated approach involving defense, diplomacy and development

For his part, Yamamoto said: “U.S. security assistance to Somalia is an important part of our efforts to work with the people and government of Somalia for peace and stability."

Underlining that the entire region would benefit from peace and stability in Somalia, he added that it would allow Somalians to "better focus on building a prosperous future."

The al-Shabaab militant group operating in Somalia has carried out numerous terror attacks in the country, with their worst being the Oct. 14 Mogadishu truck bombing which killed at least 587 people and injured 316.

In January 2019, the militants attacked the DusitD2 hotel complex in Nairobi, Kenya killing more than 20 people. Previously attacks have also taken place against a shopping mall in the country, killing 67, as well as Garissa University in Northern Kenya which led to the deaths of more than 140 students.