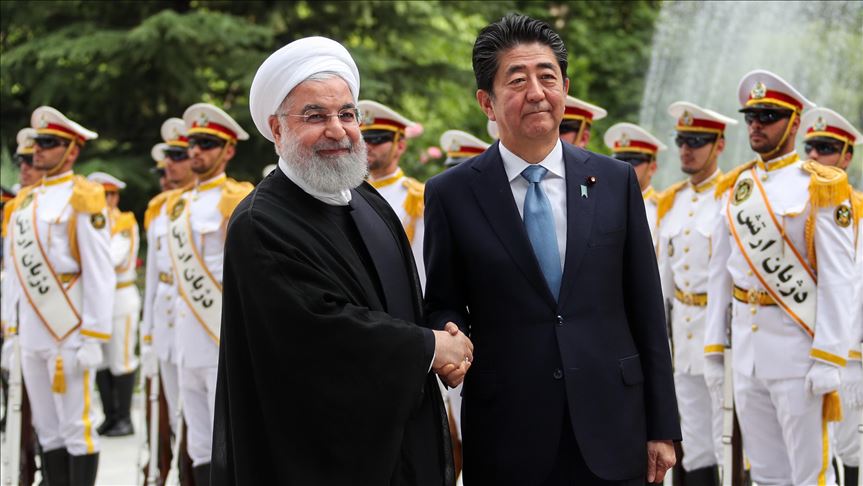 After an official welcoming ceremony by Rouhani, the two leaders and Zarif and his counterpart Taro Kono held bilateral talks.

At a news briefing following the meetings, Rouhani stressed that Iran has no intention of starting a war with any side.

“Iran will not be the side that starts a war against anyone, including the U.S. But if there is a war, it will properly respond to it,” he said.

Abe spoke of the increasing tensions in the region, saying military conflicts should be avoided at any cost.

“Peace and stability in the Middle East is necessary – not just for the region, but for the world as a whole,” he said.

Abe said Japan expects Iran to continue to cooperate with the International Atomic Energy Agency and stressed that his country will do everything it can to ease tensions in the region.

A meeting between Abe and Iran’s Supreme Leader Ali Khamenei is expected to take place Thursday.

Although Japanese officials denied that the purpose of Abe’s trip was to mediate between Tehran and Washington, high-level officials in Tokyo announced the visit right after a phone call between Abe and U.S. President Donald Trump.

Tensions have been rising between the U.S. and Iran since last year, when the Trump administration unilaterally withdrew from a nuclear pact between the Islamic Republic and the five permanent members of the UN Security Council plus Germany.

The Trump administration went on to pursue a number of actions meant to scuttle the agreement, including the re-imposition of U.S. sanctions on Iranian oil which went into full effect last month.

All allies of Washington, including Tokyo, are barred from trade with Tehran. The sanctions have hit Iran’s oil sales badly.