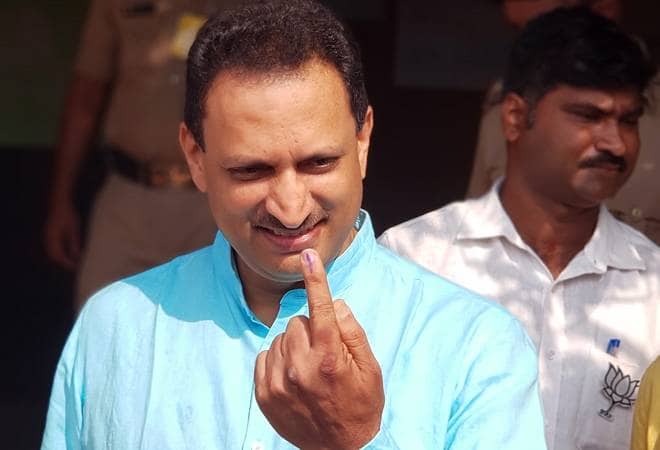 Mangaluru, 23 May 2019 [Fik/News Sources]: BJP's Ananth Kumar Hegde is leading against JDS's Asnotikar from the Uttara Kannada Lok Sabha constituency, according to early trends. Hegde is Hindutva crusader who has been a 5-time MP. He has a stronghold over Uttara Kannada and the battle between him and JDS's Asnotikar has been keenly watched. In the 2014 Lok Sabha Elections, Hegde beat Prashant R Deshpande of Congress by receiving 54.60 per cent of the votes cast in this constituency. Moreover, he has been vocal about his communal sentiments. This firebrand MP and Union Minister for Skill Development minces no words when making charged communal statements.

On the other hand is Asnotikar, who was with the Congress in the 2008 elections. Soon after he joined the BJP and won the by-election. He took on the mantle of Minister for Fisheries, Science and Technology in the Cabinet. He was defeated in the 2013 election. In 2018, he joined the  JD(S) for the assembly elections, but lost to BJP. He now represents the Congress-JD(S) coalition. All has not been well between the JD(S) and Congress. When Asnotikar filed his nomination, the Congress leader from the district and minister RV Deshpande did not even accompany him.

Uttara Kannada is one of the constituencies in 28-seat Karnataka located in the southern part of India. The economy of this constituency is dependent largely on agriculture. The region is known for its rice plantations and areca nut crops besides several spices. It was a Congress stronghold since independence till it was swept by the BJP wave. There are eight Assembly constituencies in Uttara Kannada

One of the major issues in this constituency that is plaguing the residents is a lack of jobs. Most of them make a beeline for Goa in search of jobs. Residents feel there has been a lack of interest on the part of politicians to develop the district.  Citizens claim they have sacrificed a lot for public interest. Land was acquired for the Sea Bird Naval Base and the Kaiga atomic station. Families whose land was affected are still waiting for compensation.  No efforts were made to promote an industrial atmosphere in the region. The district has great tourist potential but little has been done to develop it as a tourist destination. The residents are naturally disgruntled and are hoping for some positive change.