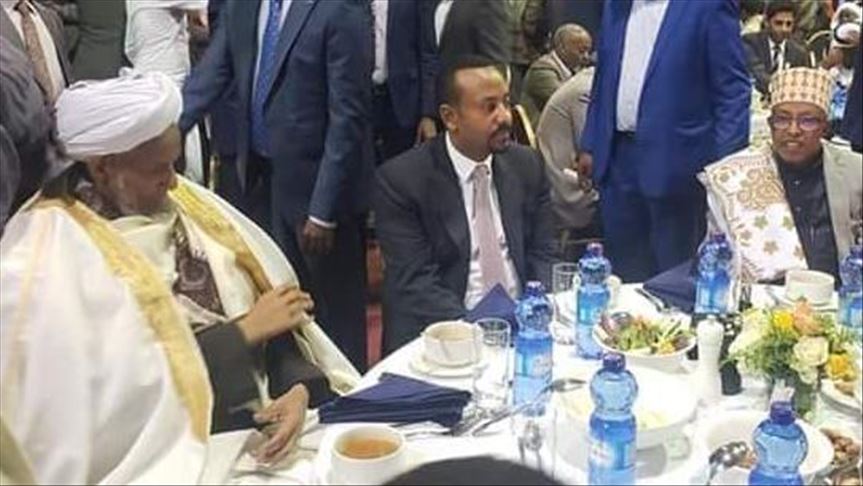 Speaking at the occasion, Abiy said: “The unity of Muslims is tantamount to the unity of the whole country.”

Muslims account for more than 34% of Ethiopia's more than 100 million population. Since coming to power in 2018, Abiy has allowed them to move ahead with a plan to institute an elected Majlis (Supreme Council).

The iftar was organized at Millennium Hall by the Ethiopian Islamic Affairs Supreme Council to thank the prime minister for winning hearts of his Muslim country people.

Abiy also pledged that his government would support the construction in Addis Ababa of a grand mosque for Muslims to come together on events such as Eid al Adha and Eid al Fitr.

He said the mosque will symbolize the iconic Abyssinian Emperor Negashi who treated companions of Prophet Muhammad well when they fled persecution in Mecca.

He also vowed to give all-out support for the establishment of an Islamic bank in Ethiopia.

"I promise that we will work together to establish an Islamic Bank which was long awaited by Muslims," he said.

Many Ethiopian Muslim wish to have an interest-free banking system viewing conventional banking as sinful.

*Sadik Kedir contributed to this story from Ankara