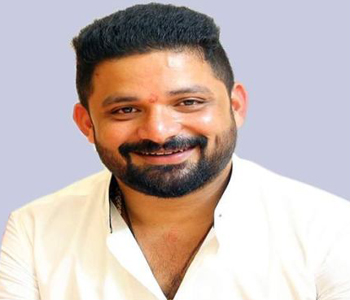 Mangaluru, 23 Mar 2019 [Fik/News Sources]: After days of speculation, District Youth Congress President  Mithun Rai likely to be the Congress candidate of Dakshina Kannada Lok Sabha constituency. However, official announcement is yet to be made. He will take on BJP’s Nalin Kumar Kateel, the two time MP.

There was an intense tussle for the Congress ticket from DK with several heavy weights including Ramanatha Rai, Vinay Kumar Sorake, B K Hariprasad and others in the race. All of them  were summoned by the High Command which eventually finalised the name of Mithun Rai.

It may be recalled here that Mithun was a strong contender for a party ticket from Moodbidri Assembly constituency during the previous election but had to finally give in after the party fielded the then  incumbent MLA Abhayachandra Jain.

It was then stated that Congress President had assured Mithun a Parliamentary ticket.