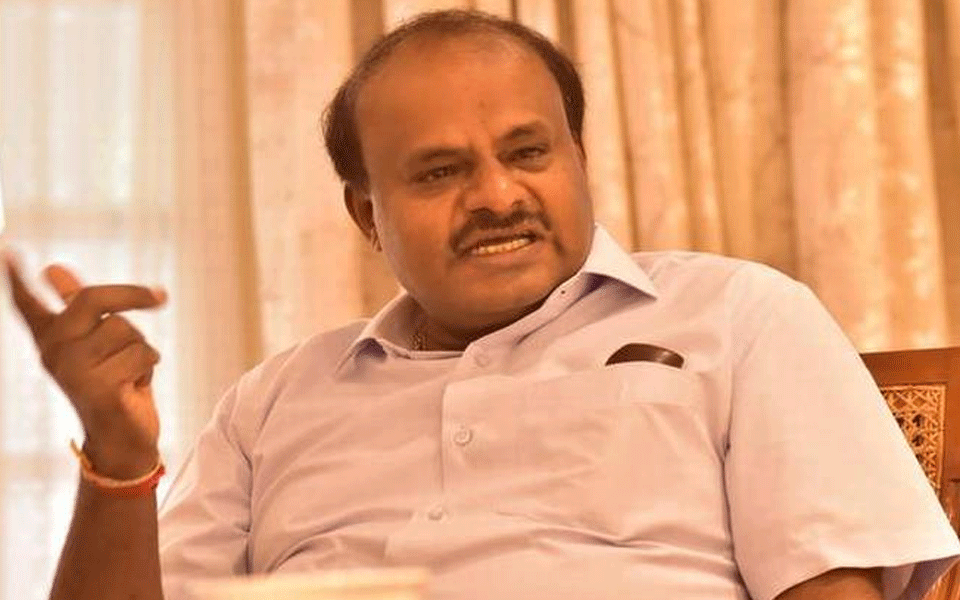 Bengaluru, 10 Feb 2019 [Fik/News Sources]: Karnataka Chief Minister H D Kumaraswamy Saturday said he would retire from politics if it was proven that the audio clip released by him about BJP state unit president B S Yeddyurappa's alleged toppling game was mimicry and concocted.

Sticking to his charge that Yeddyurappa had tried to lure a JDS MLA with bribe and other offers, Kumaraswamy hit back at the state BJP strongman, who had said that the audio clip was 'fake' and a 'concocted story.'

Facing turmoil in the ruling coalition that has cast a shadow over the stability of his government, Kumaraswamy had Friday released the audio clip in which Yeddyurappa is purportedly trying to lure JDS MLA Naganagouda through his son.

"I am stating from this place... if it is proved that it was not Yeddyurappa who had spoken and that it is mimicry or parody by Kumaraswamy, then it is not about his retiring, I will retire," the chief minister said at Dharmasthala, a holy place in Dakshina Kannada district.

Kumaraswamy also said that those who "played games" with the presiding deity of Dharmasthala, Lord Manjunatha, would incur his wrath.

"Invoking the name of Lord Manjunatha Swamy, he could not get protection... he (Yeddyurappa) had to resign within one month (as chief minister)," the Chief Minister said.

Kumaraswamy was apparently referring to a "truth test" face off between him and Yeddyurappa in 2011, when the latter was the chief minister.

Yeddyurappa had challenged Kumaraswamy to prove the allegations of corruption and nepotism against him by taking the truth test before Lord Manjunatha and that he would also do the same.

Kumaraswamy, who visited the shrine later, pledged before the deity that he stood by the charges made by him against the Chief Minister in the last six to seven months.

According to the tradition followed at the temple, aggrieved parties stand before the deity and take a pledge on the issues they have been contesting, after payment of Rs 11 as fee.

As per the custom, the temple authorities only facilitate the exercise, but do not interfere.

The political war over charges of horse trading had escalated Friday with Kumaraswamy releasing the audio clip hours before presenting the Congress-JDS coalition government's budget for 2019-2020 in the assembly.

Yeddyurappa, who is at the vortex of the row over his alleged bid to poach the ruling coalition MLAs for the past few weeks, had dismissed the clip as "fake" and a "concocted story".

Kumaraswamy had said that during the purported conversation, Yeddyurappa had also spoken about a "Rs 50 crore offer to book" the assembly speaker.

In the clip, a male voice is heard offering money and ministerial berth, besides assuring Naganagouda's son Sharan Gowda about "taking care" of the Speaker and the judges in case of the anti- defection law being invoked.

Yeddyurappa had dismissed the claim by the chief minister that he had spoken in the audio about a "Rs 50 crore" offer to the assembly speaker.

"I will retire from politics if it (the allegation) is proved. If I had spoken like this (about the speaker), if it is proved, I will resign as an MLA and quit politics," he had said.